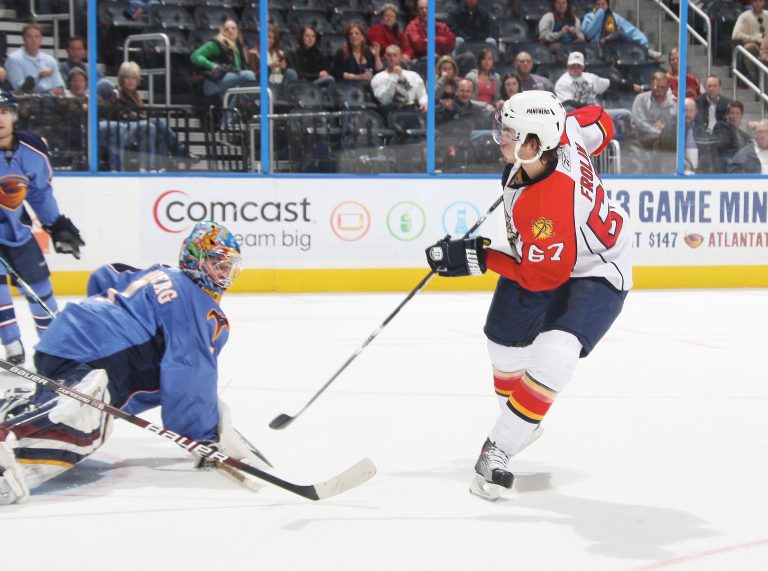 As Randy Moller described in a playcall, Michael Frolik beat the Atlanta Thrashers netminder for a second period goal on November 30, 2009. The Panthers lost the game, 4-3. Frolik tied his career high in goals (21) during the 2009-2010 season. 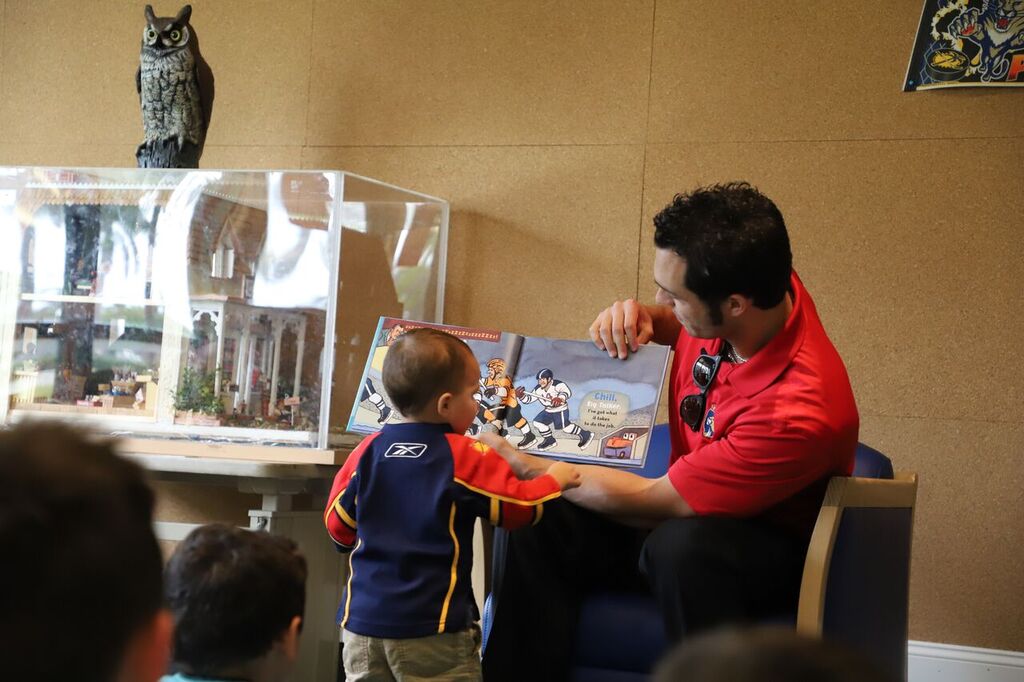