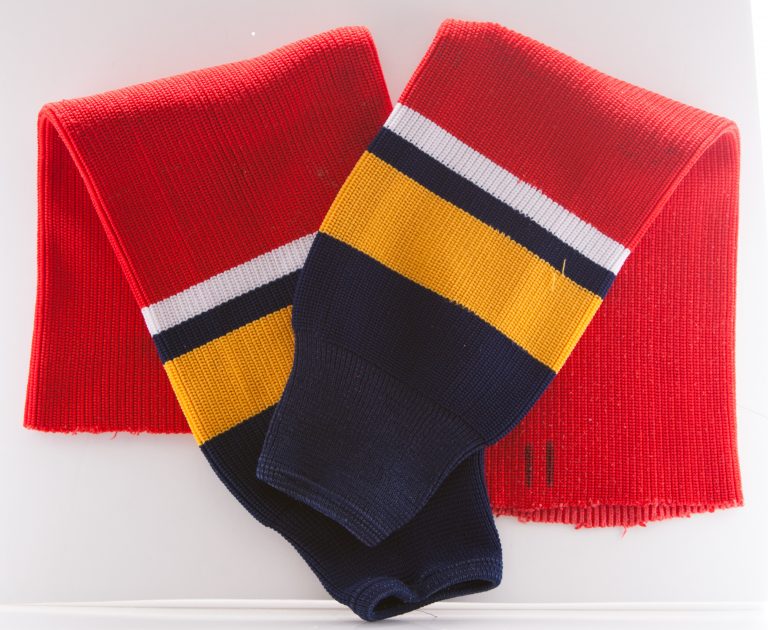 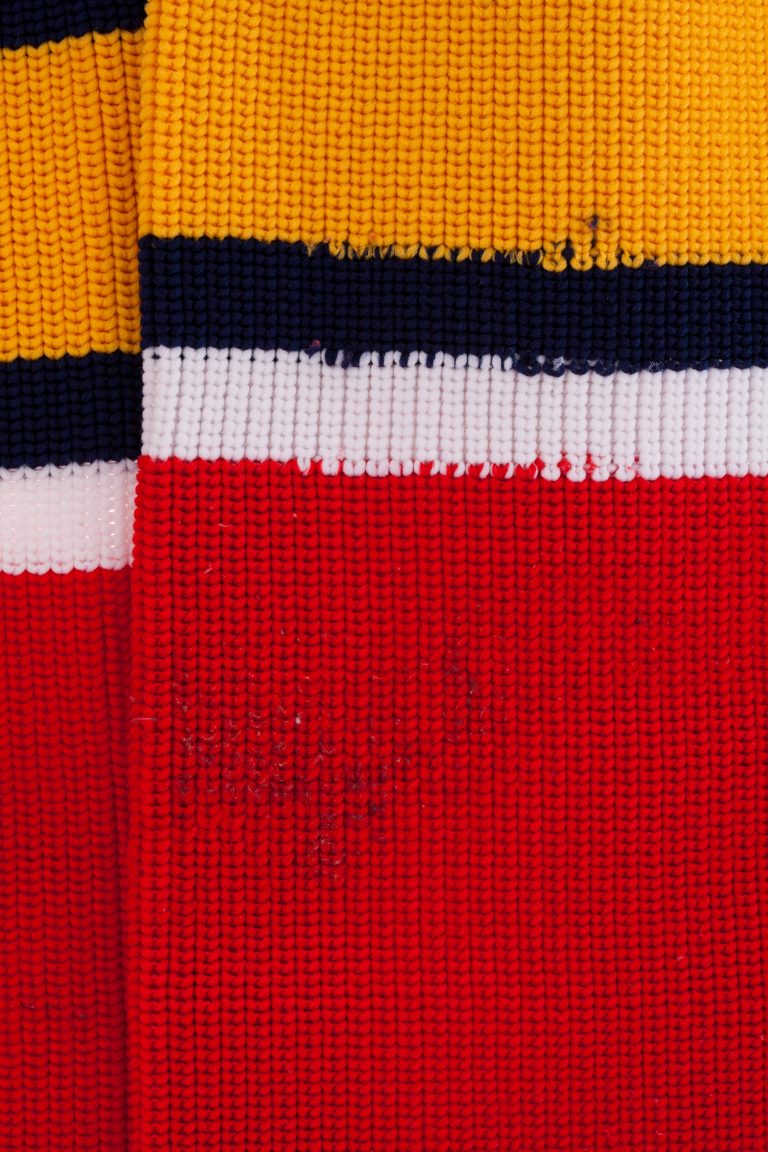 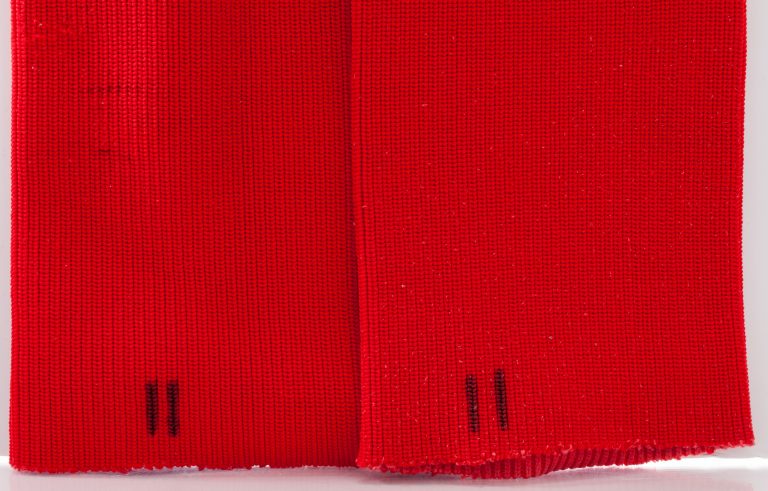 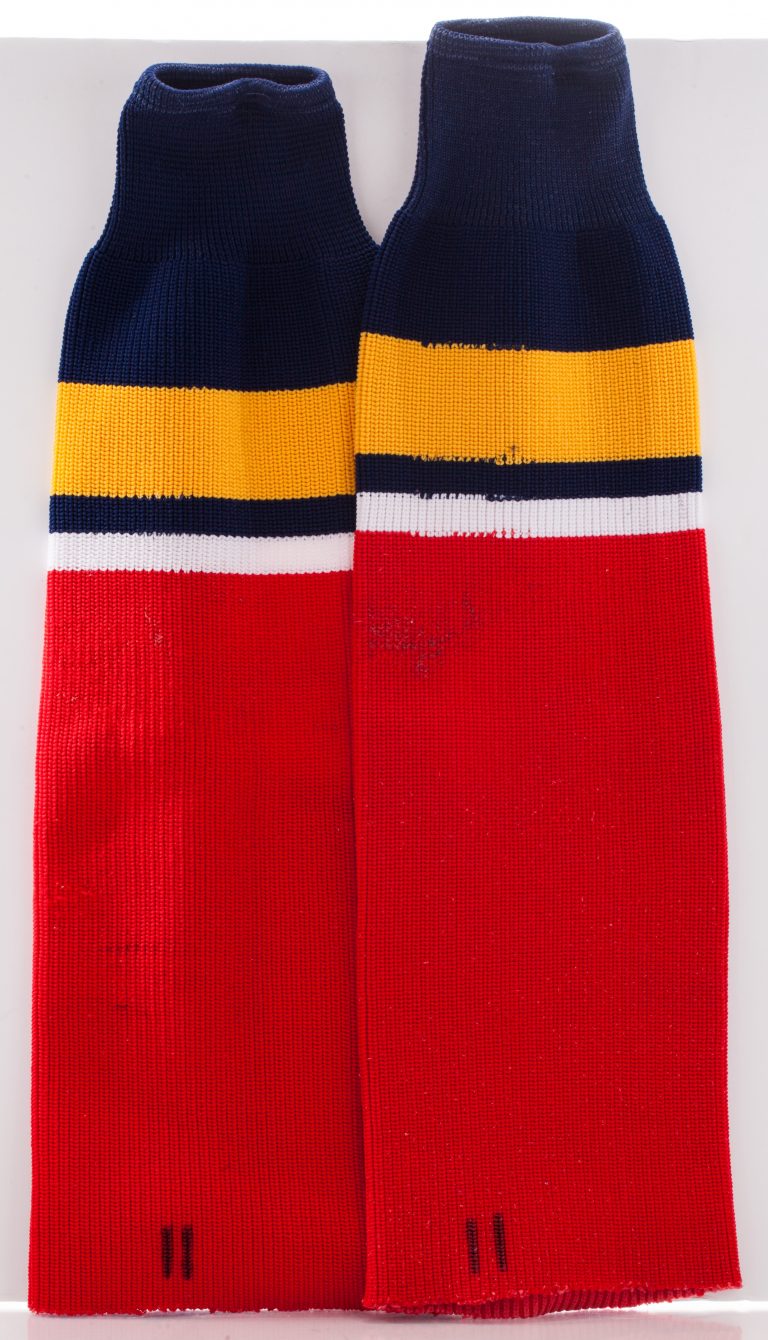 Socks are officially part of the NHL uniform to cover shin guards and, as such, are some of the most colorful pieces of hockey equipment. When Bill Lindsay played in the 1990s, most socks were one-size-fits-all, which was fine if you were tall — but the Montanan measured up to about 6 feet, so the trainers cut the tops of the socks so he’d have a better fit. Often, they would then be held in place with athletic tape. Note that these are different from skate socks, which are won inside the skate. 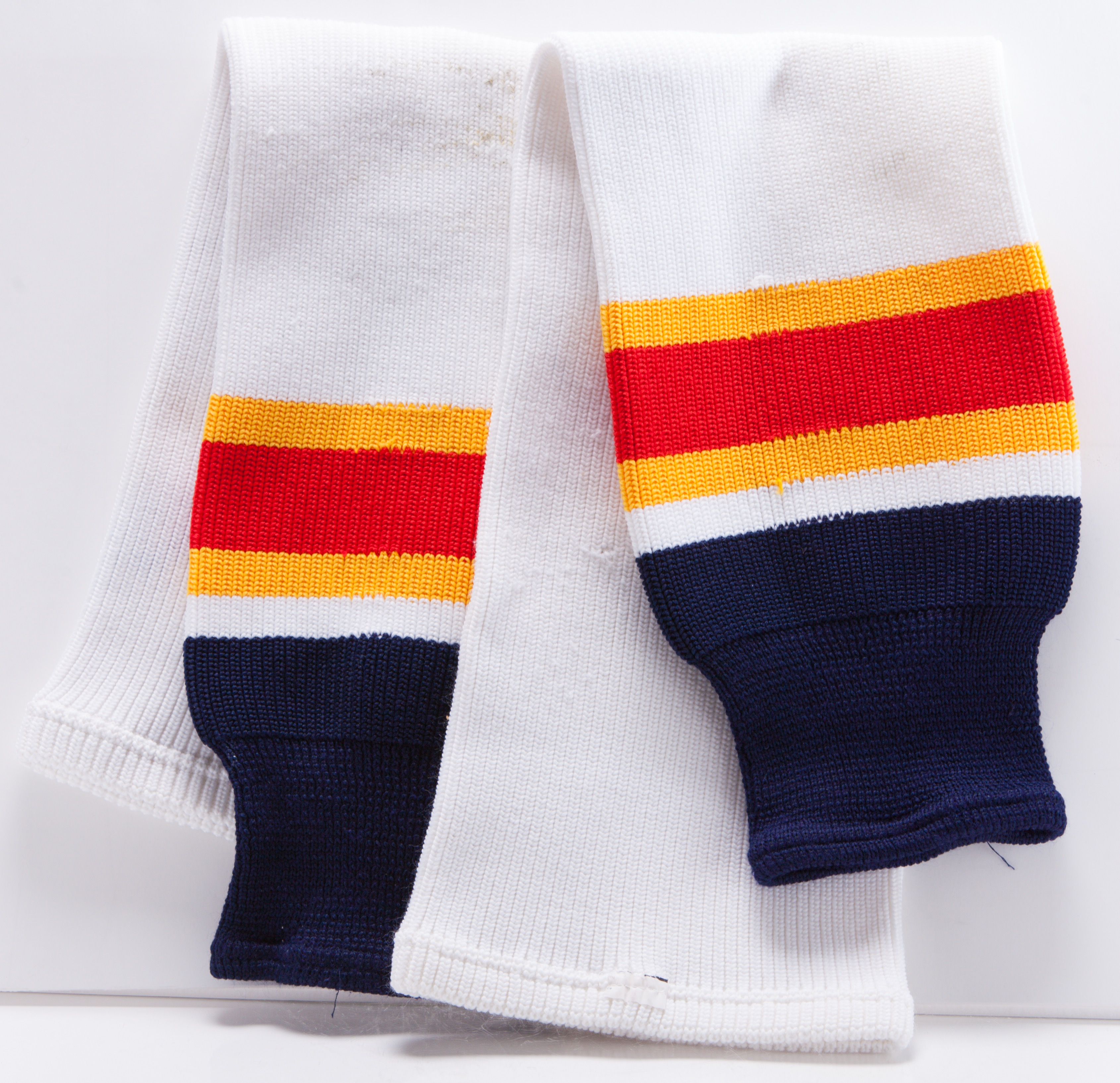 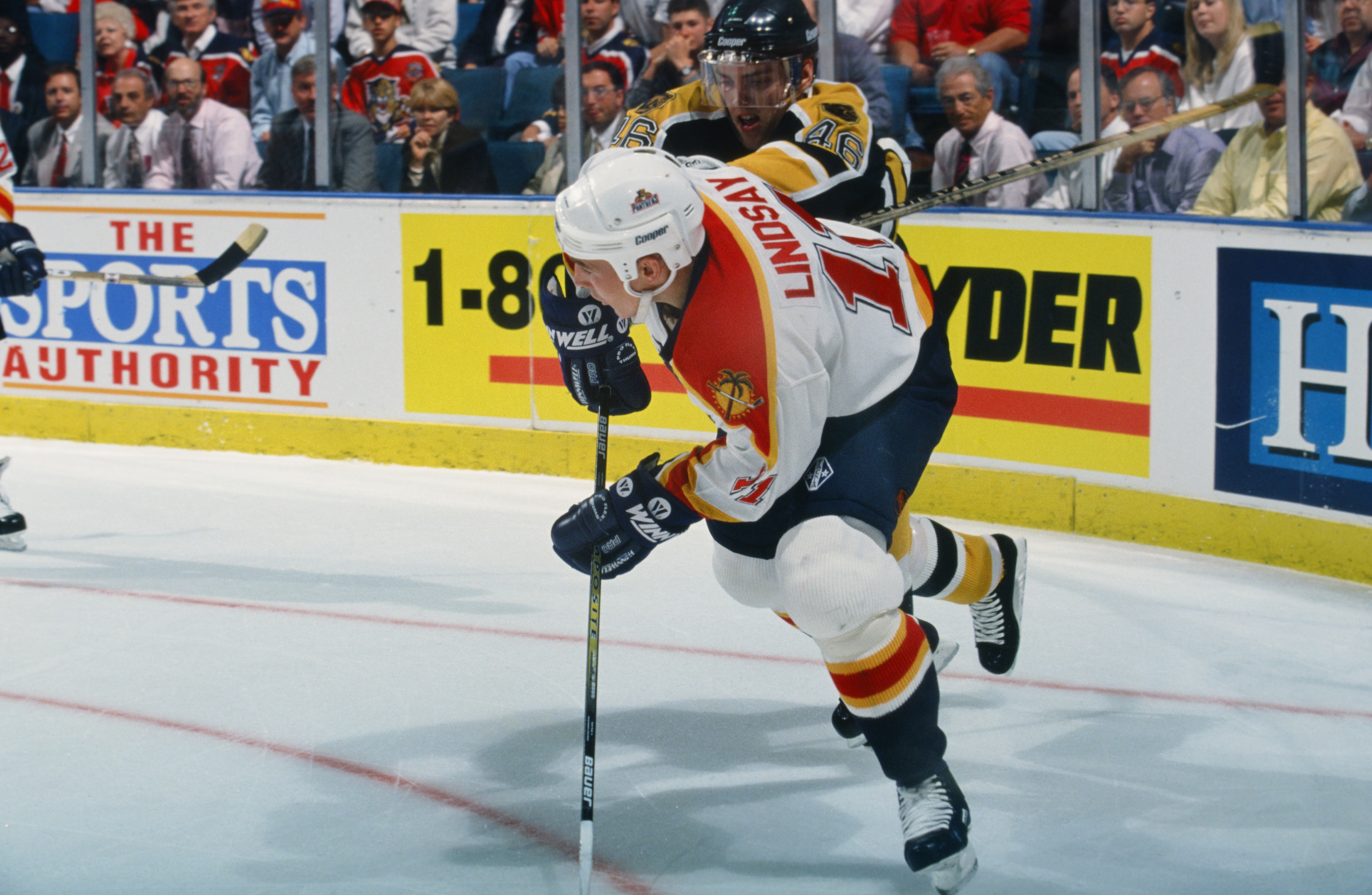