No one saw it coming. The three-year-old franchise of scrappy players not only made the playoffs for the first time, they went to the Stanley Cup Final! Plastic rats rained down on the ice as the Panthers dispatched one playoff opponent after another during the magical “Year of the Rat.” First the Boston Bruins then the Philadelphia Flyers went down, followed by the heavily favored Pittsburgh Penguins in the Eastern Conference Final. Though the Panthers ultimately lost to the Colorado Avalanche in the Stanley Cup Final, they had proven that the Panthers were the real deal. 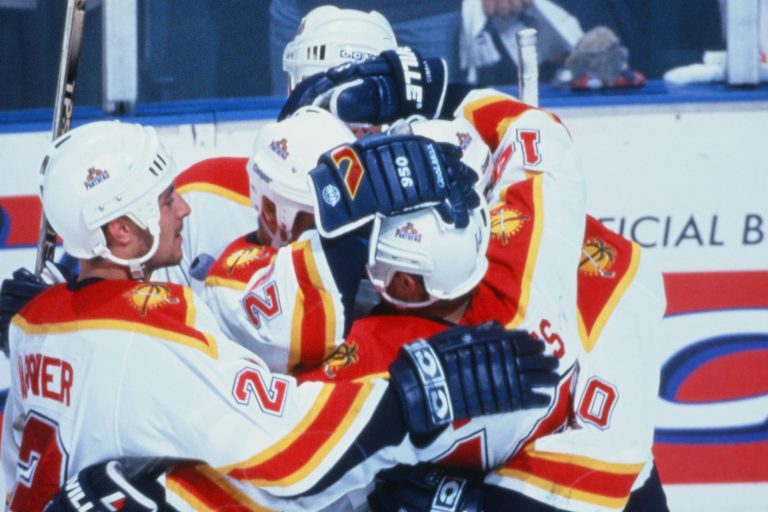 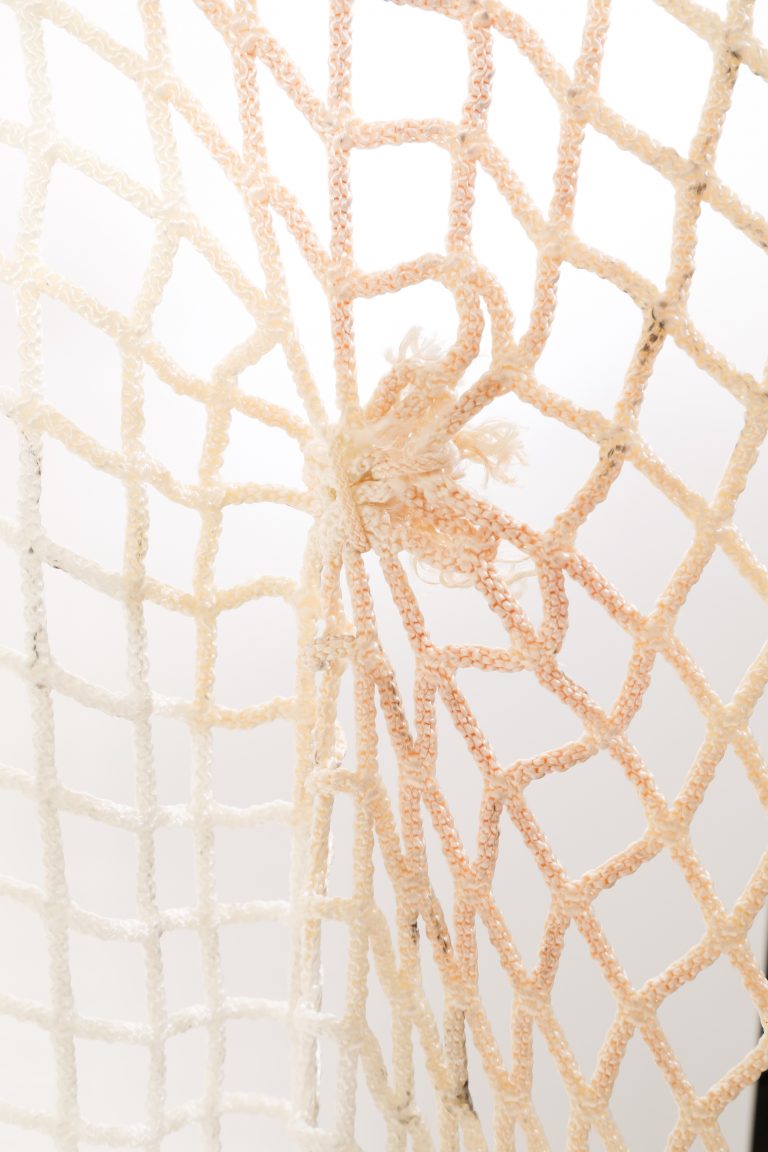 THE MOST FAMOUS NET IN PANTHERS HISTORY? 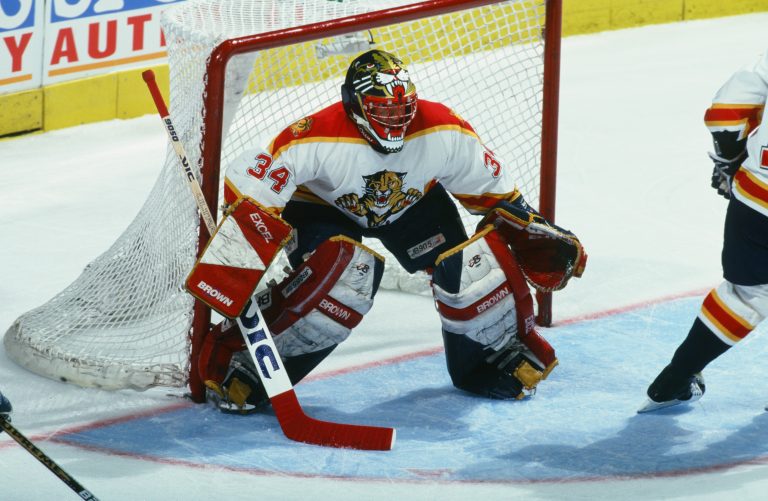 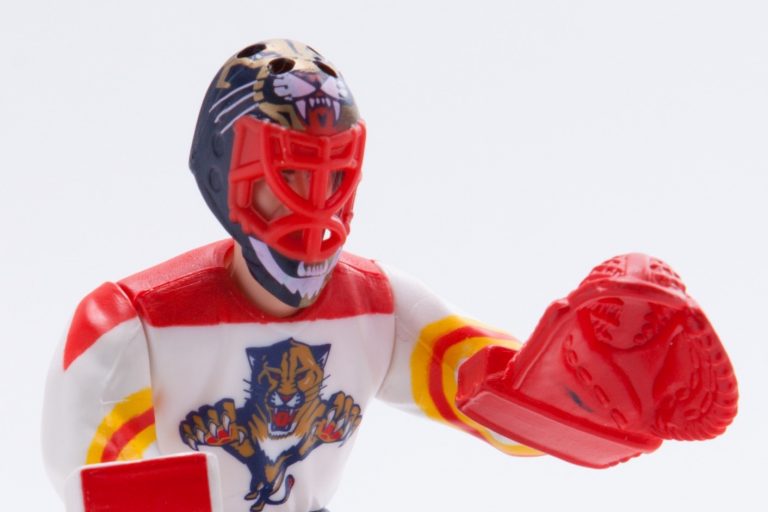 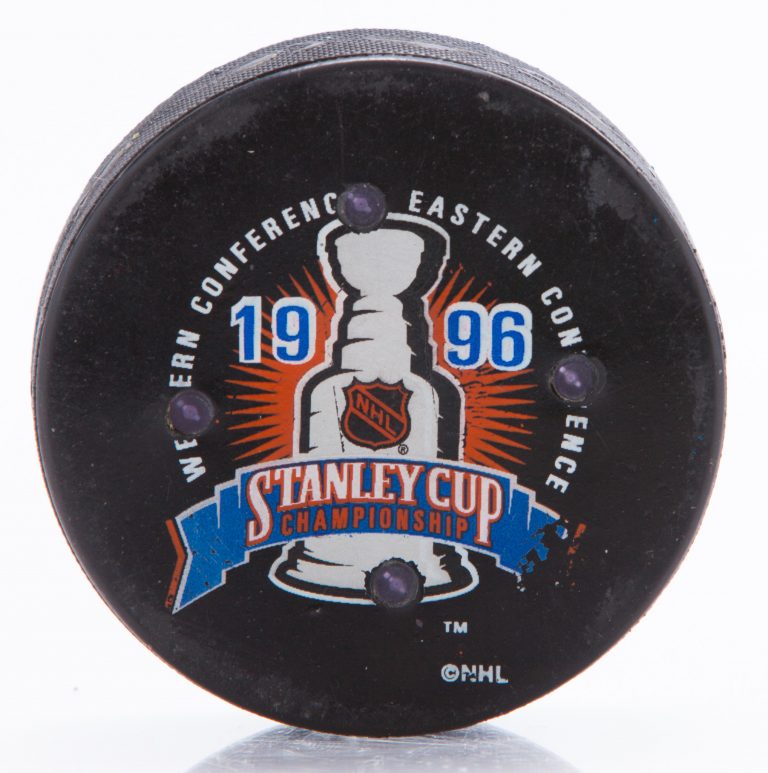 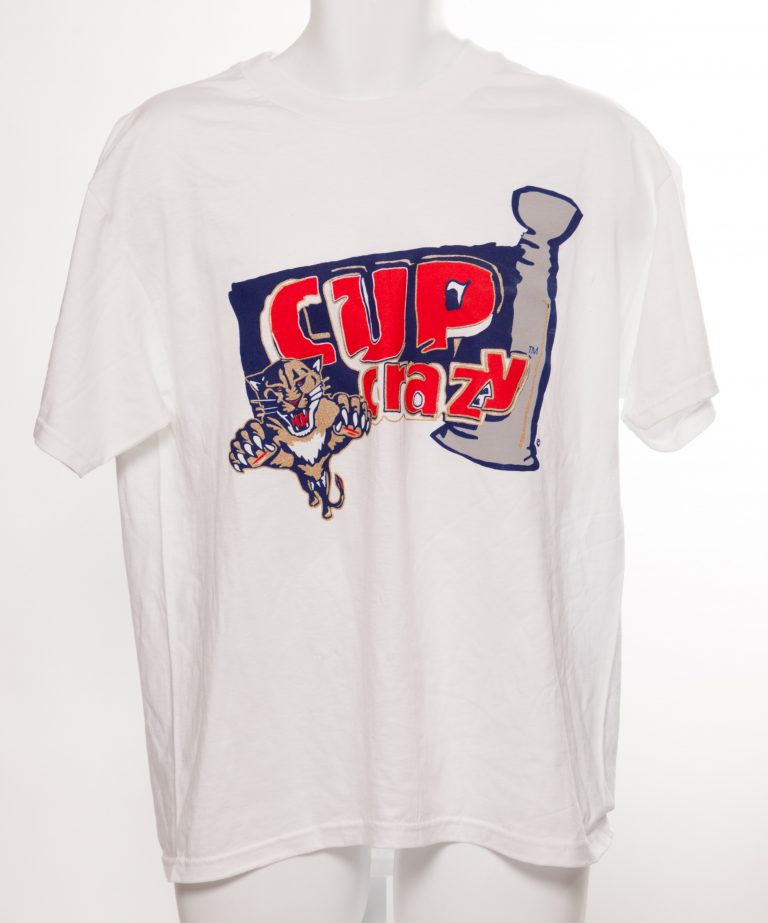 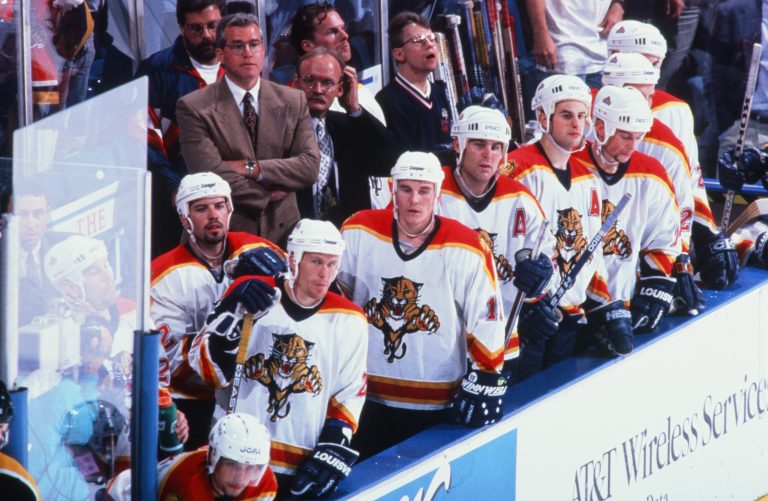 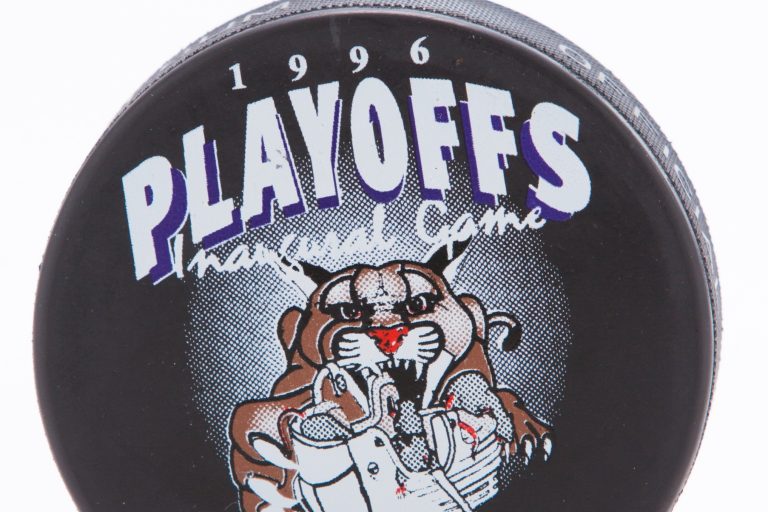 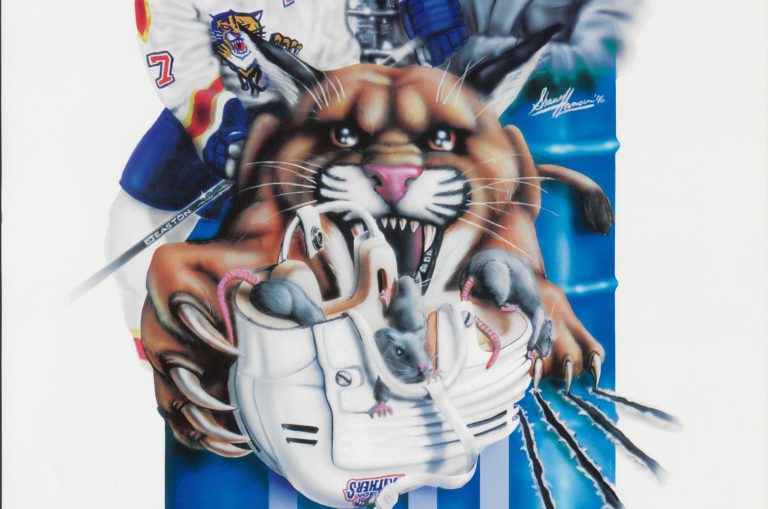 YEAR OF THE RAT PLAYOFFS POSTER, 1996 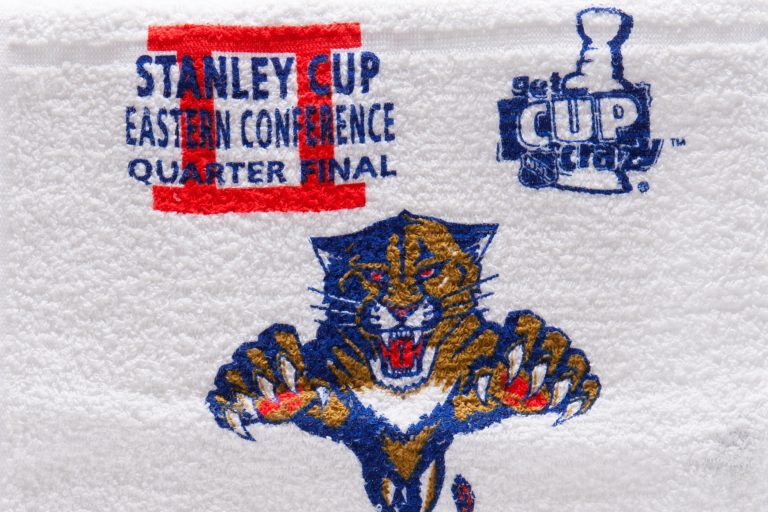 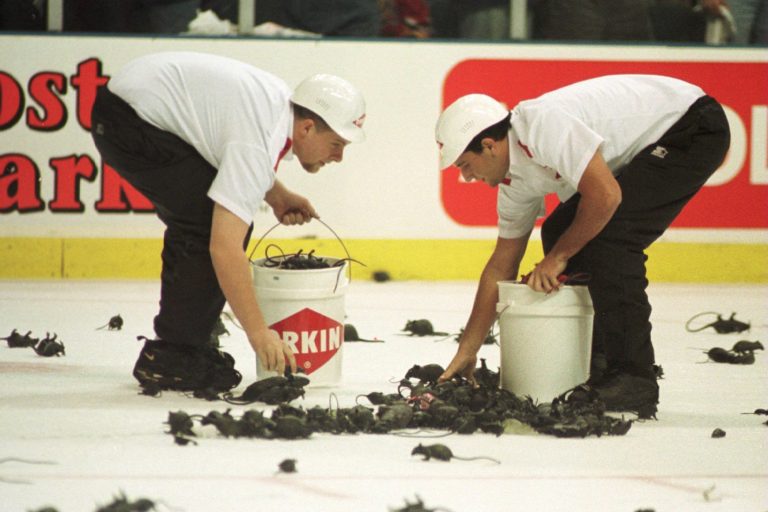 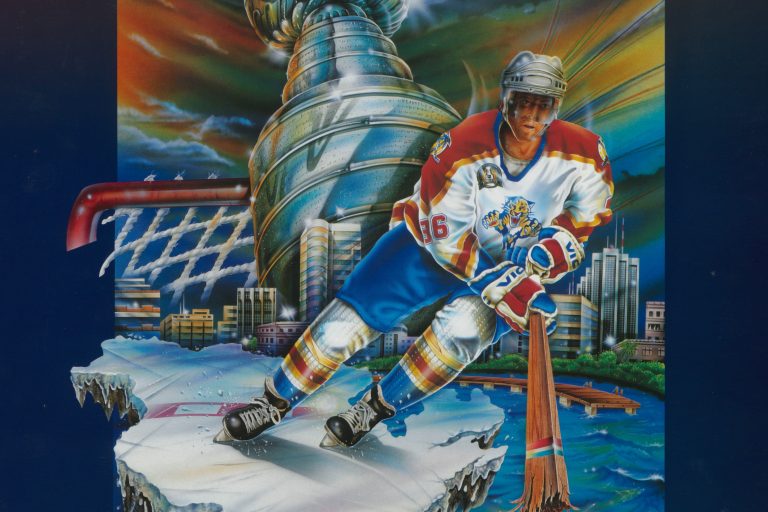 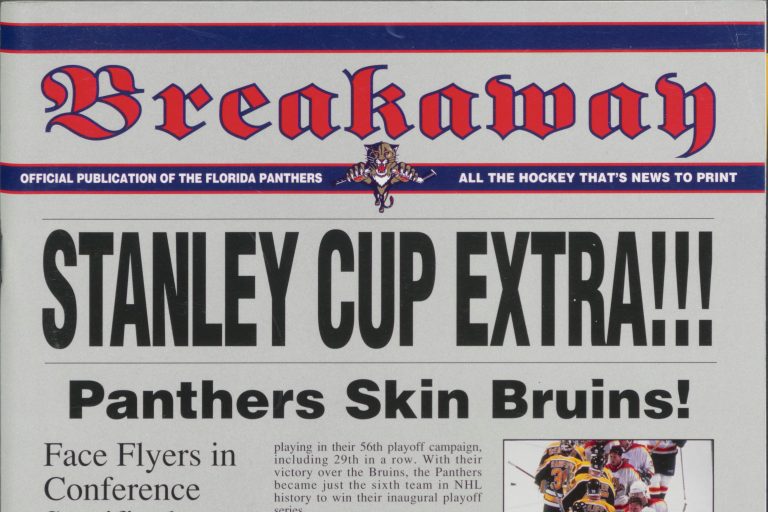 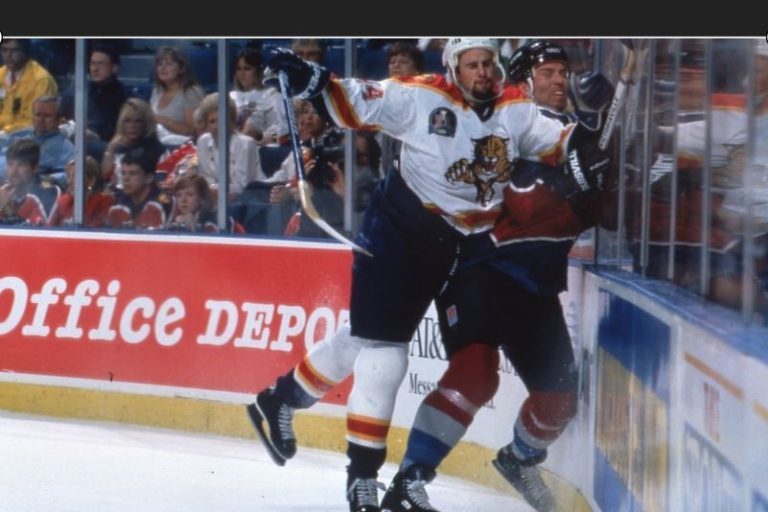 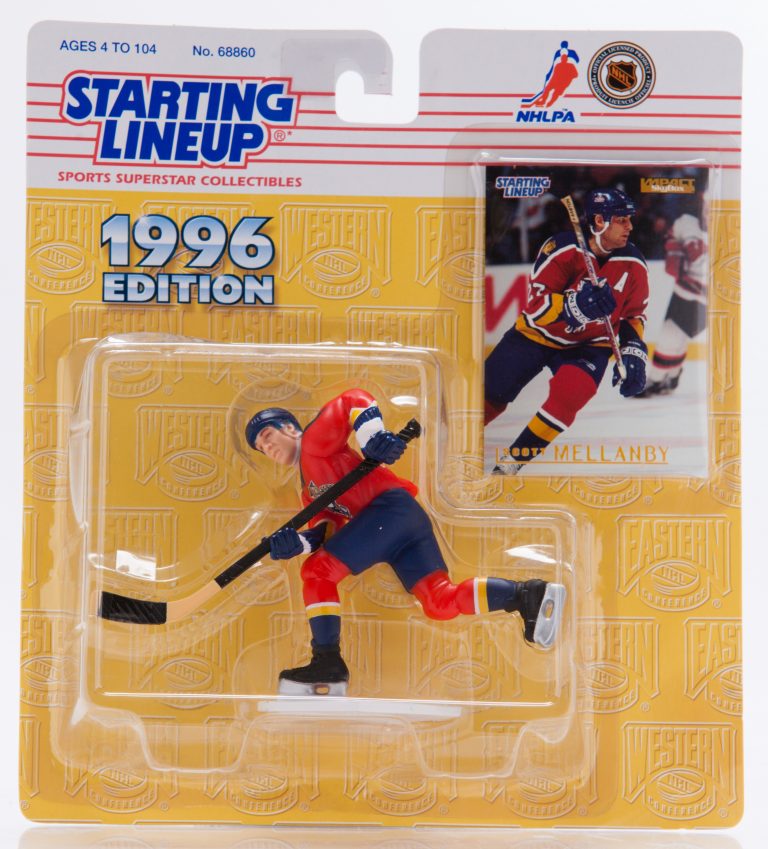 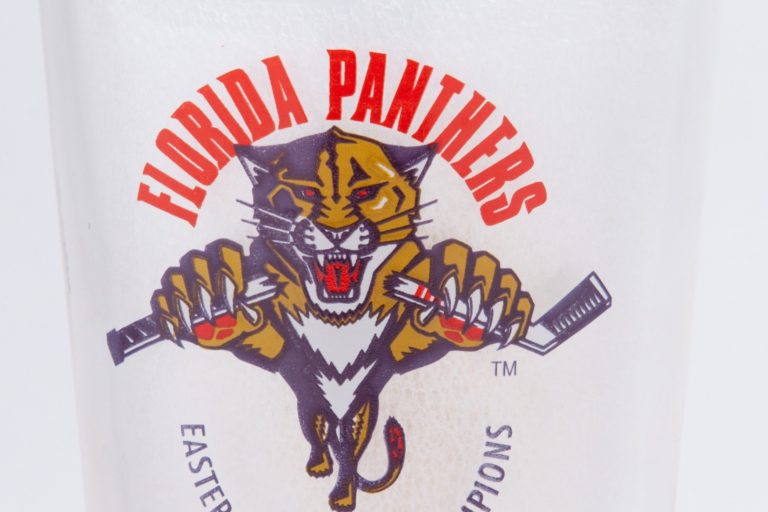 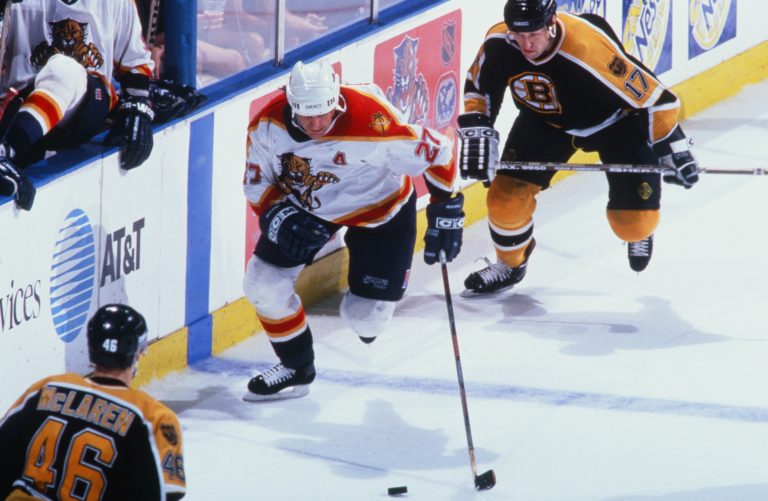 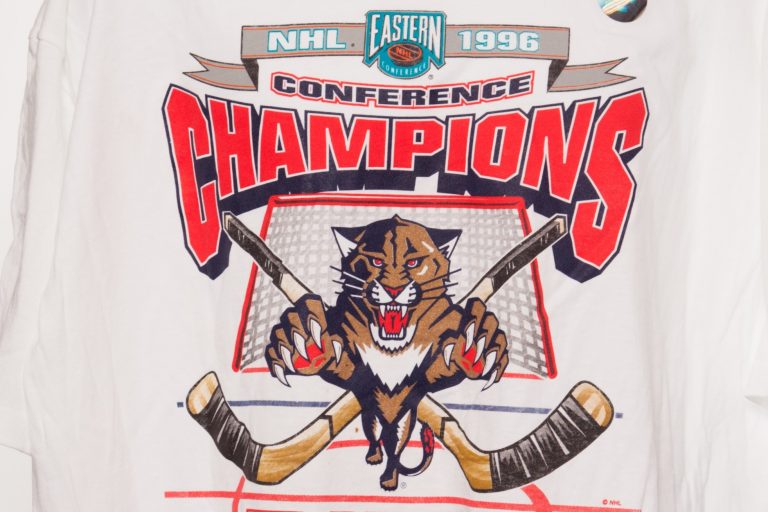 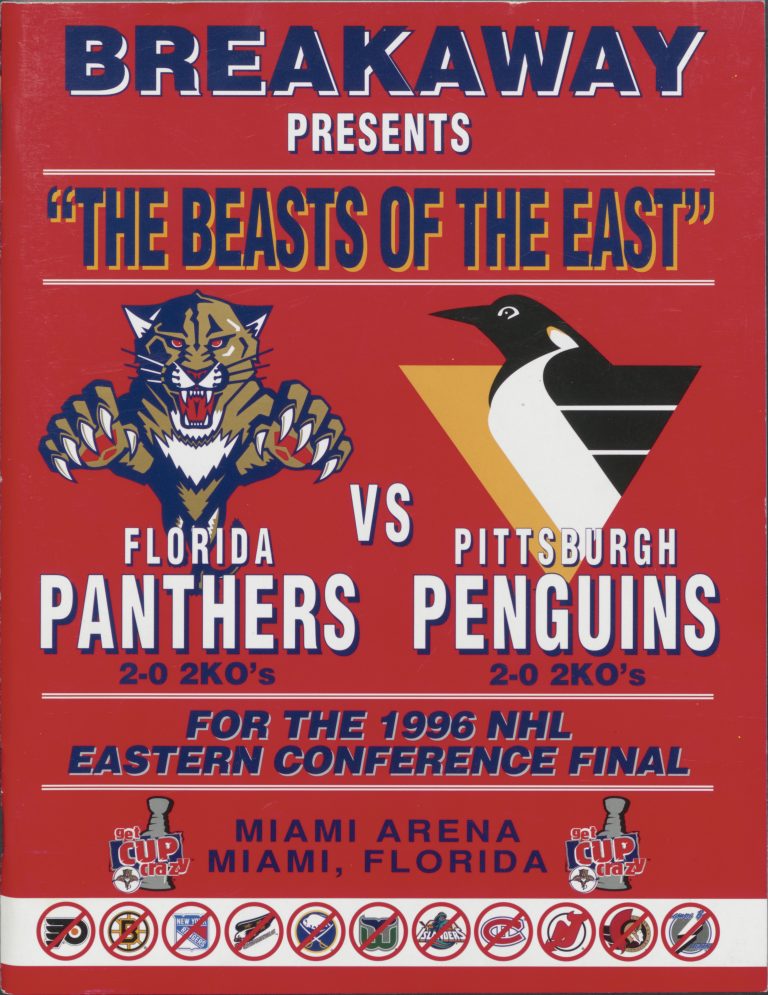 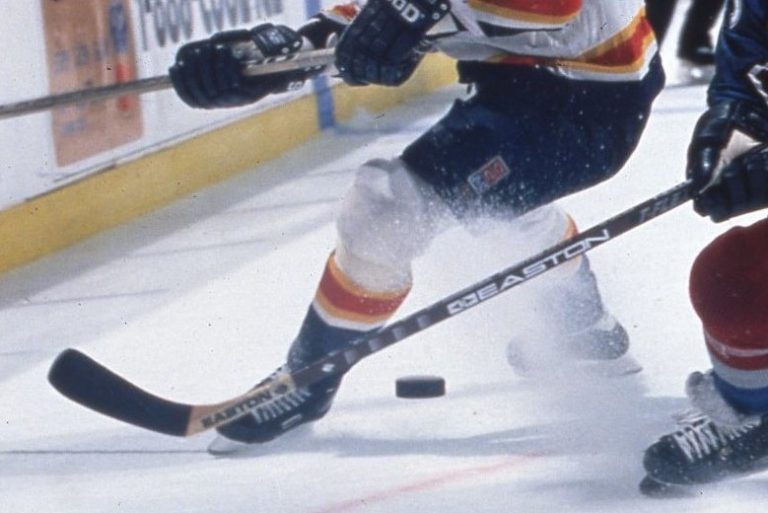 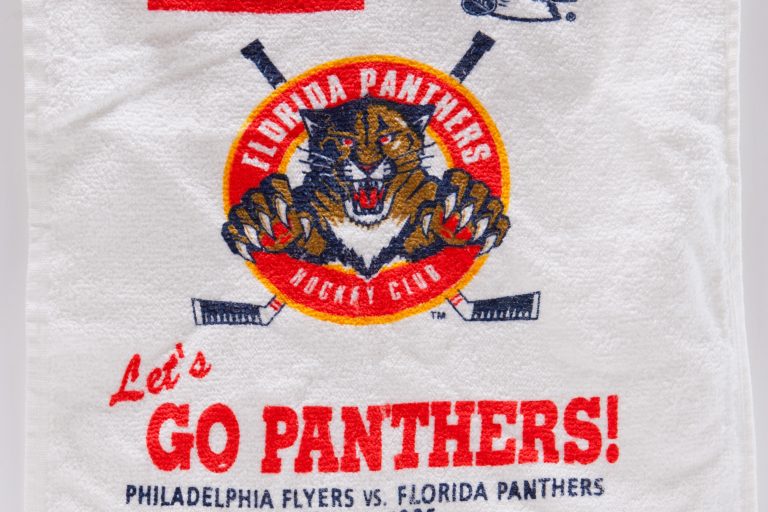 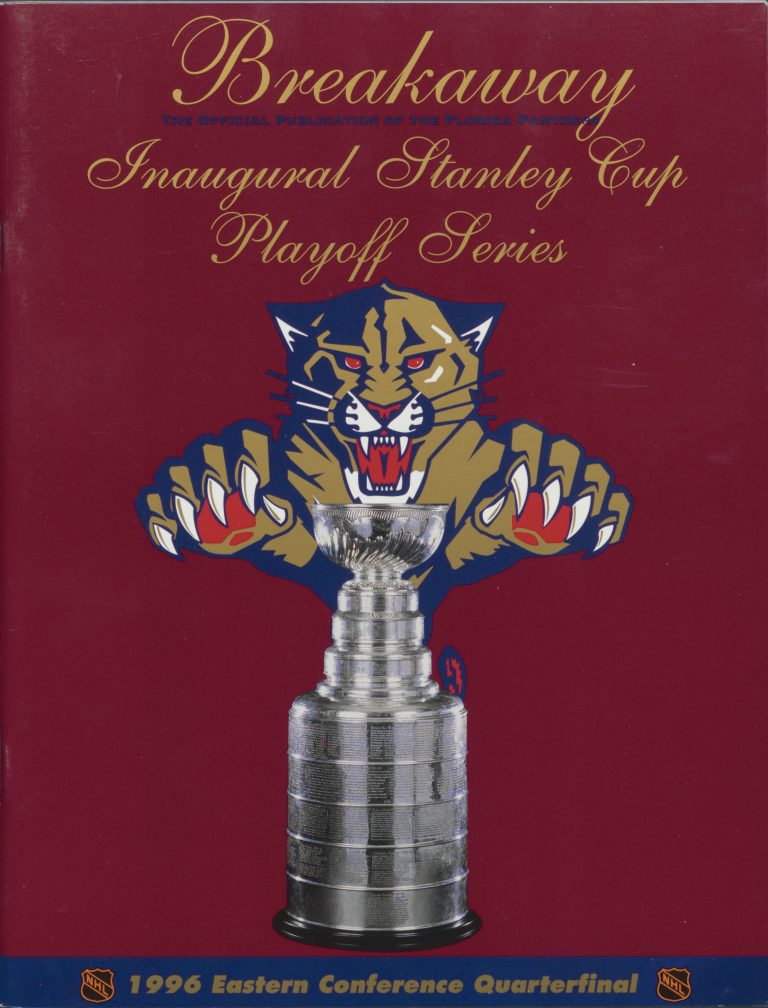 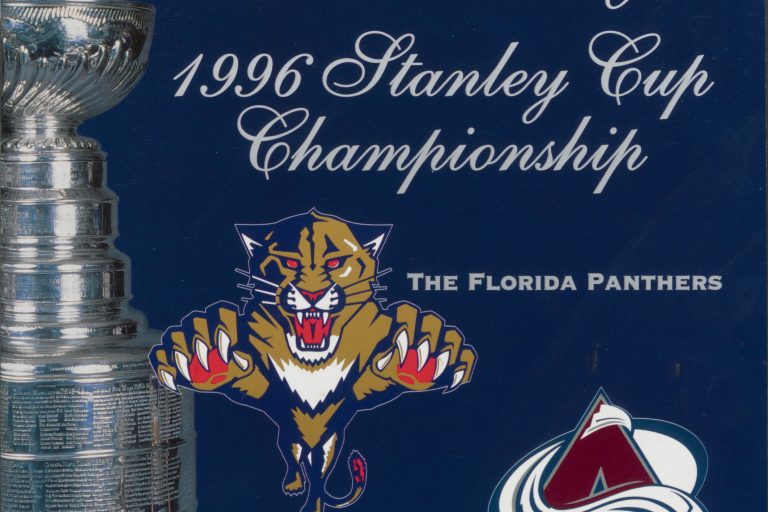 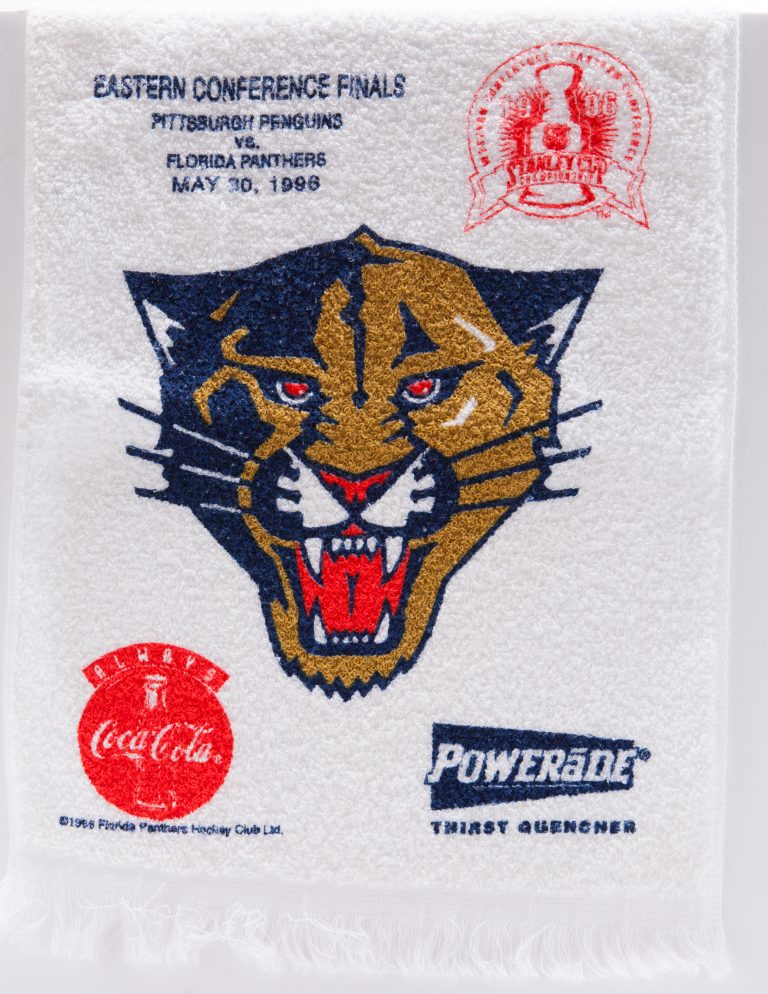 PANTHERS RALLY FOR THE FINAL, 1996 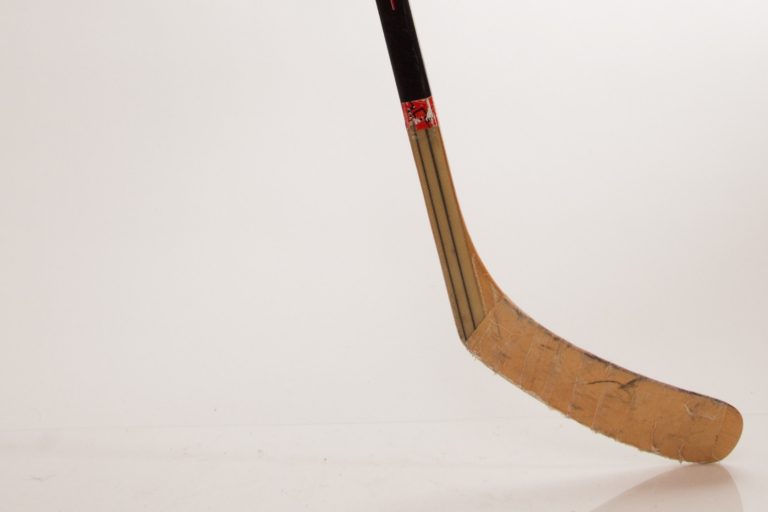