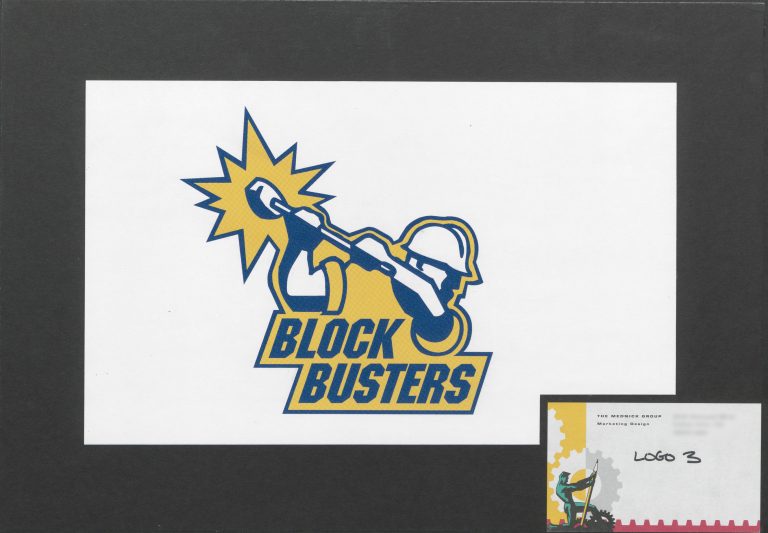 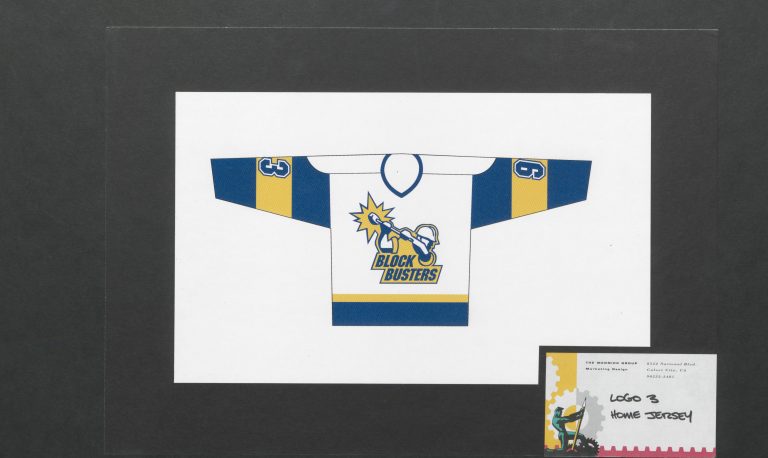 The other NHL expansion team in 1993 — the Disney-owned Mighty Ducks of Anaheim — had already announced they’d be going down a corporation-themed route, with a name inspired by the Disney movie. Would the Blockbuster Entertainment magnate also name his new team for his brand? This unused logo concept for the name Block Busters recast “block busting” as an act of brute strength.

Created by the Mednick Group (courtesy of Scott Mednick) 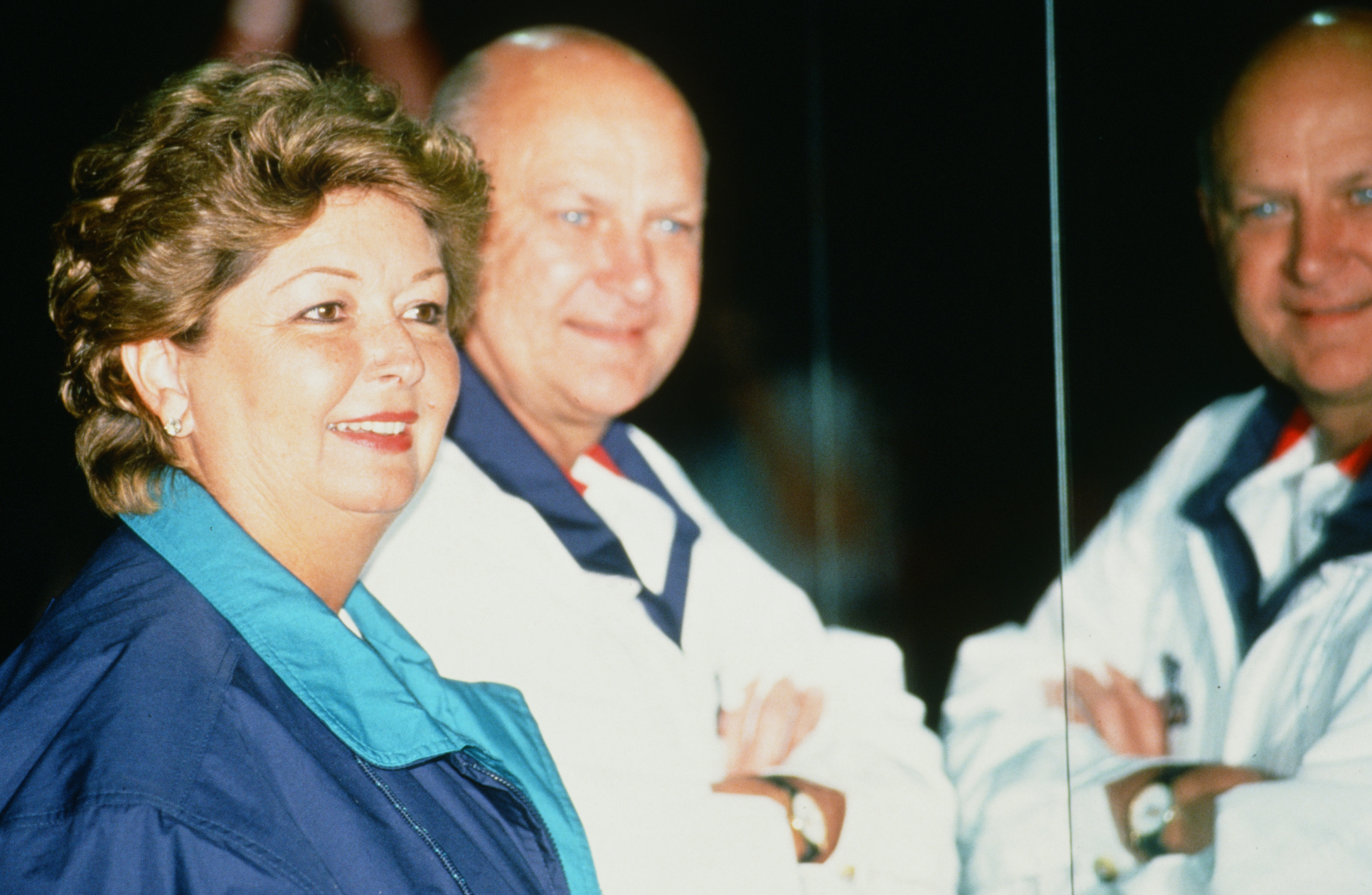 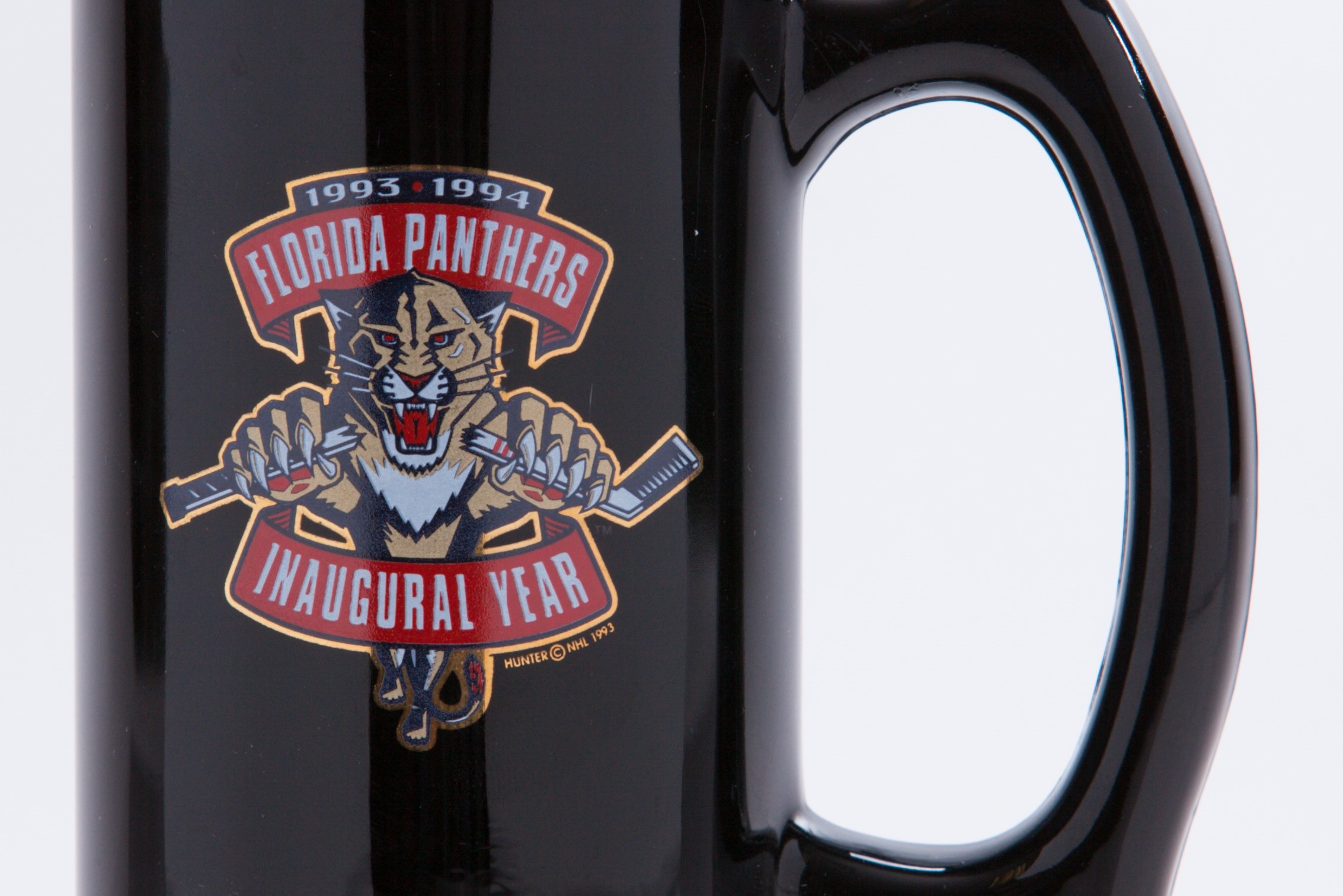 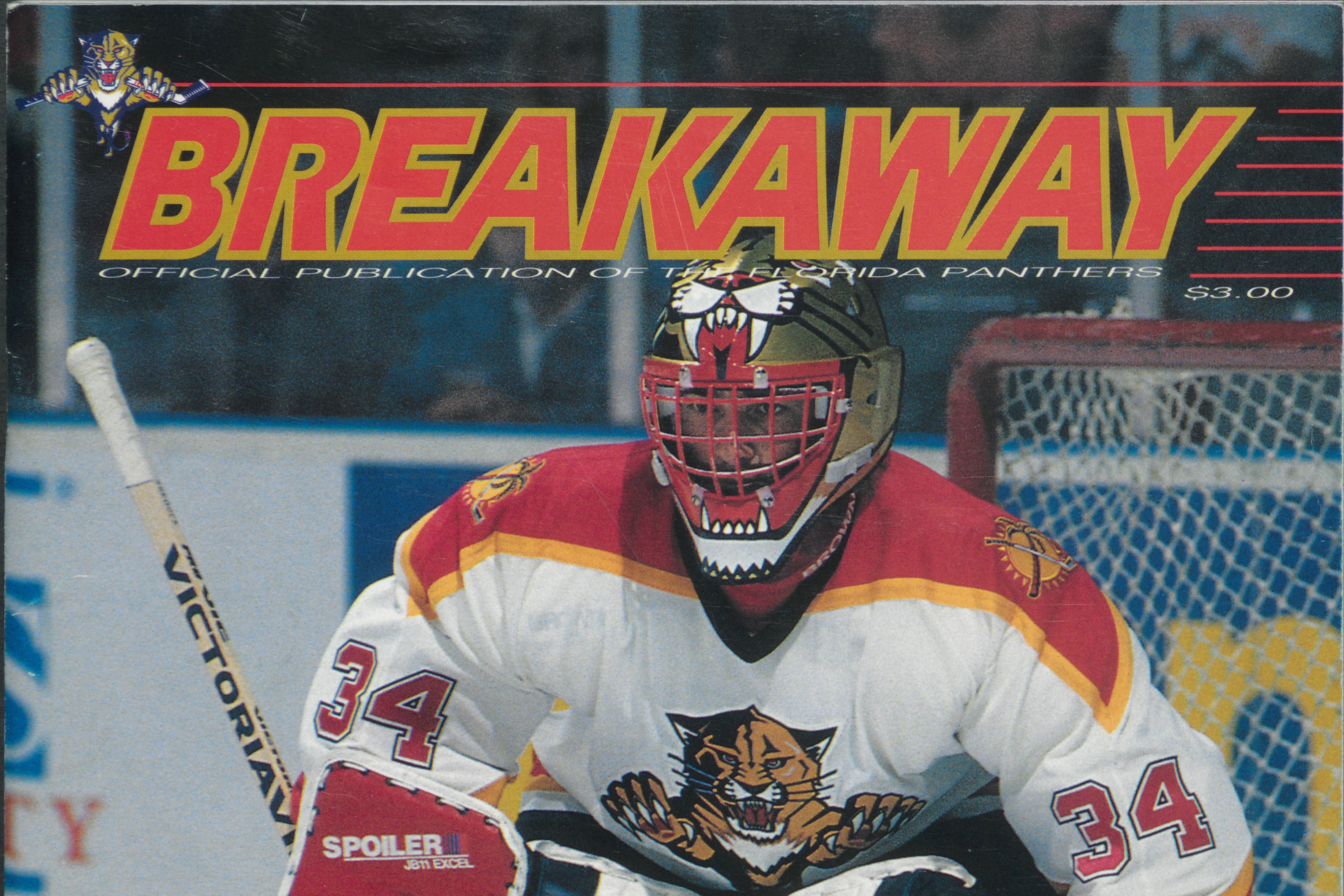