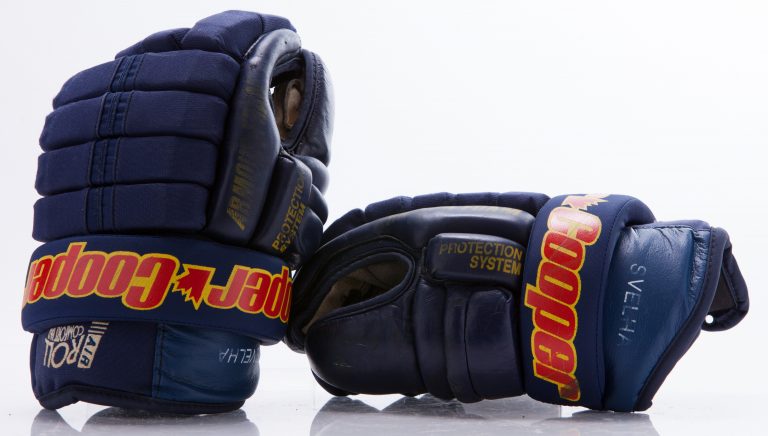 Robert Svehla had a solid grip on his game when he arrived in the NHL. While he was technically a rookie during the 1994-1995 season when he appeared in 5 games, Svehla played 81 games the next season (during which he likely wore these gloves), scoring 8 goals and 49 assists for 57 points. Not bad for the new guy!