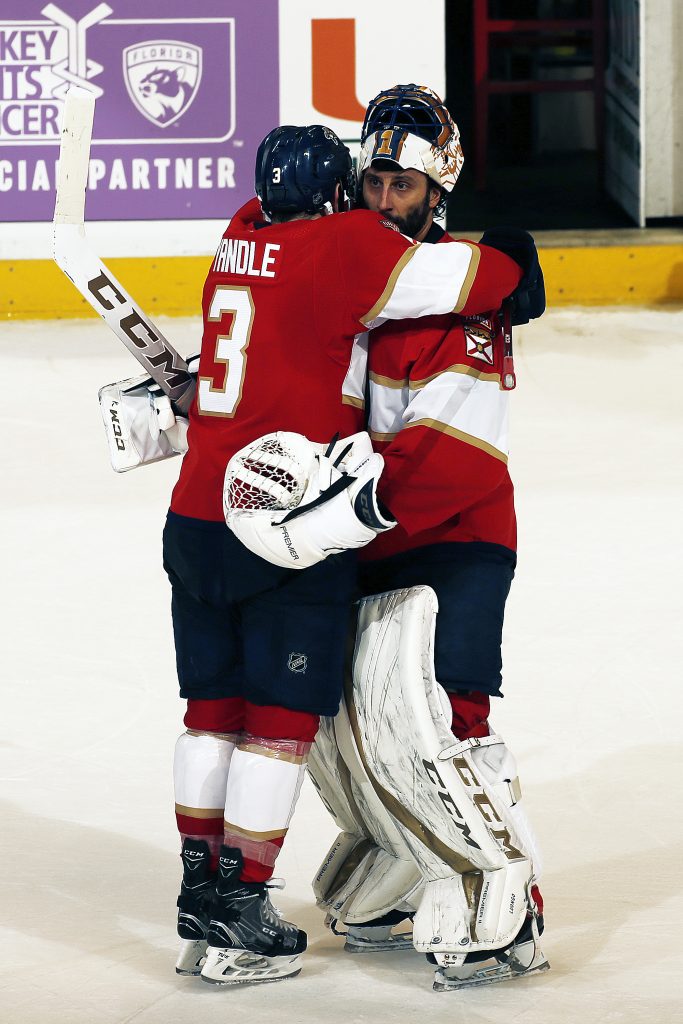 Keith Yandle congratulated Roberto Luongo with a big hug as the star goalie continued to rewrite NHL record books with his 77th shutout. On December 4, 2018, Luongo made 32 saves to blank the Boston Bruins 5-0 at home, passing Hall of Famers Ed Belfour and Tony Esposito to sit in sole possession of the no. 9 spot on the all-time career shutouts list. It was the second time Panthers fans had been able to celebrate a goalie becoming ninth all-time in shutouts. Ed Belfour had notched his 76th shutout while playing with the Panthers in 2007, joining Esposito. 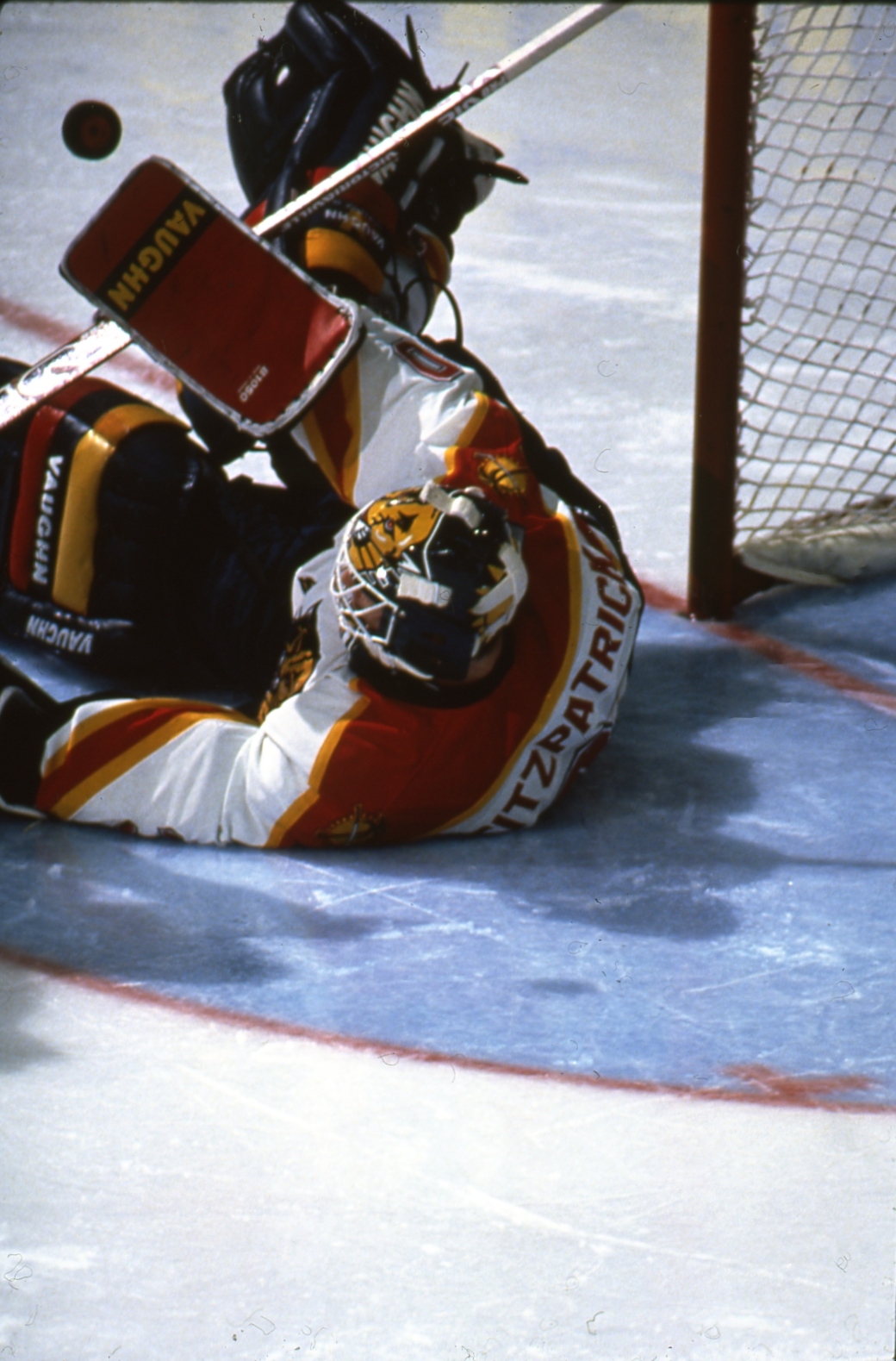 FITZPATRICK MAKES THE SAVE, 1993
item 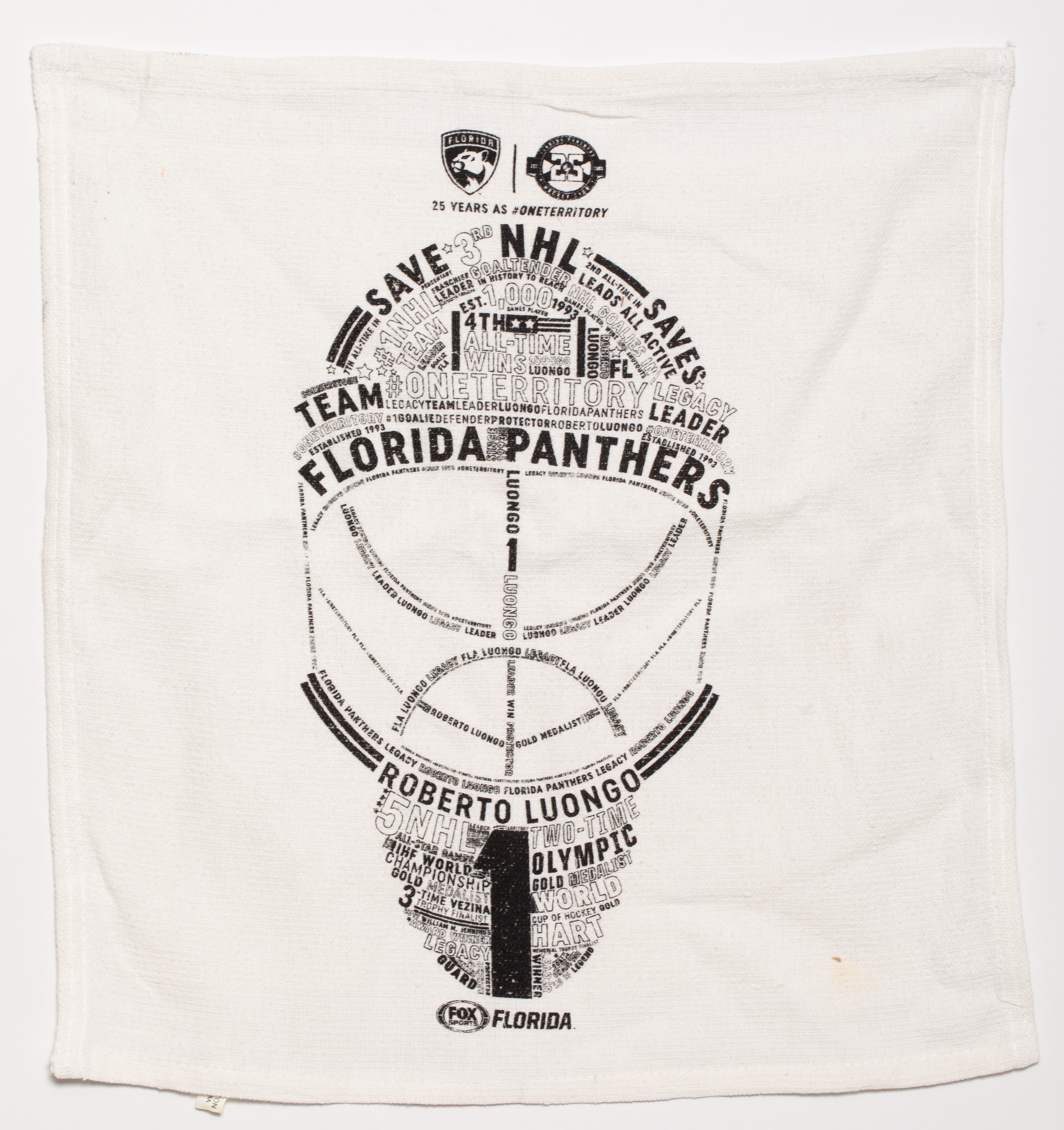