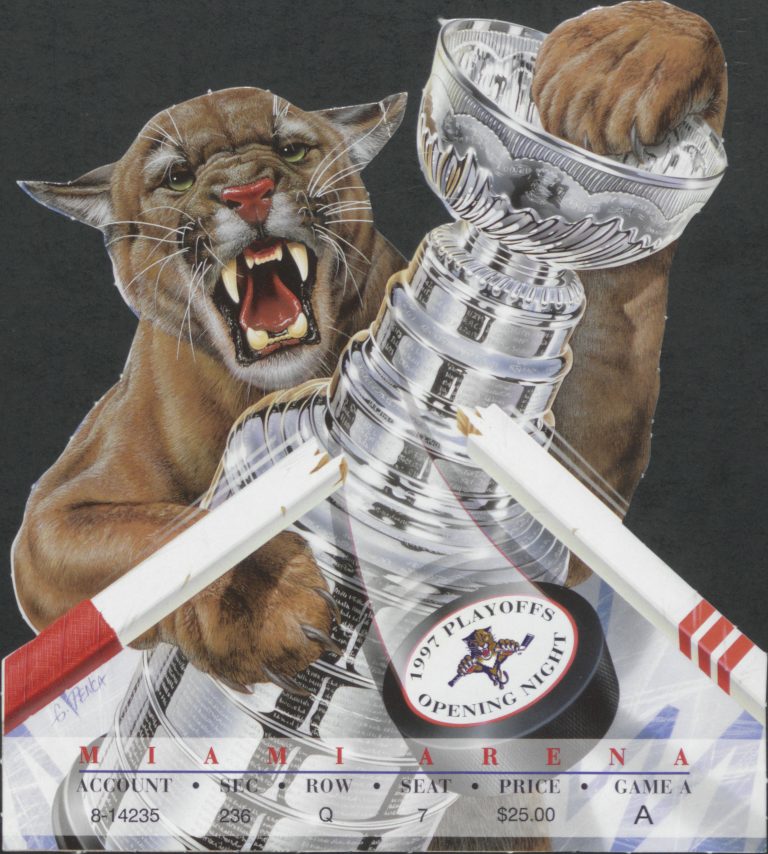 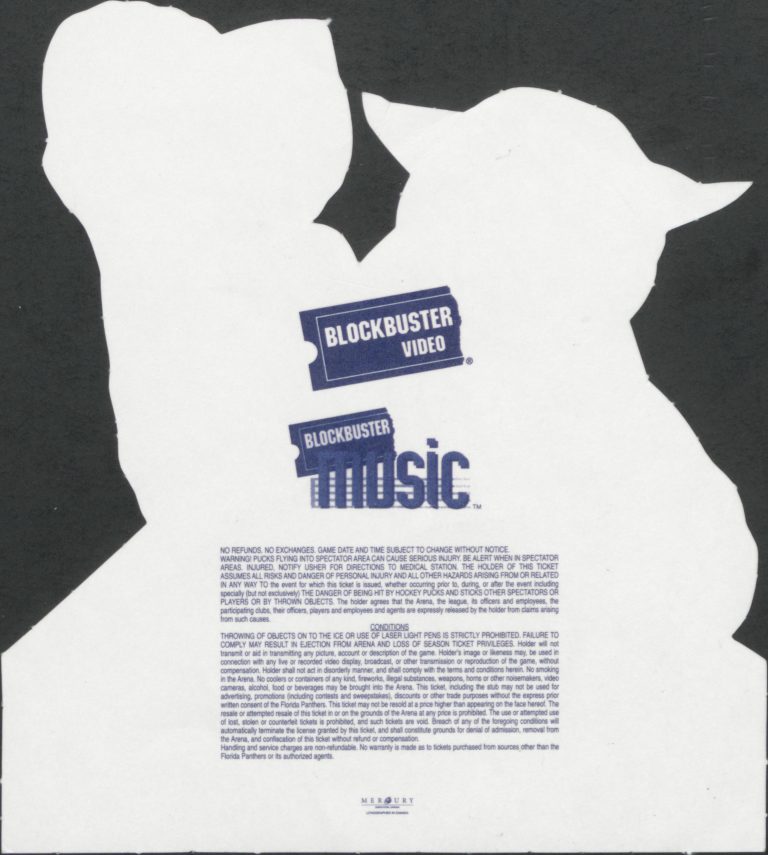 The Panthers made their second postseason trip in 1997, facing the New York Rangers in the Conference Quarterfinal. John Vanbiesbrouck blanked the Rangers in Game 1 at the Miami Arena. Later, in Game 5, the Panthers drew first blood on a 1st-period goal from Rob Niedermayer, but were unable to stop New York Ranger Wayne Gretzky, who pulled off a hat trick during the 2nd period. The Panthers lost the Quarterfinal 4-1. 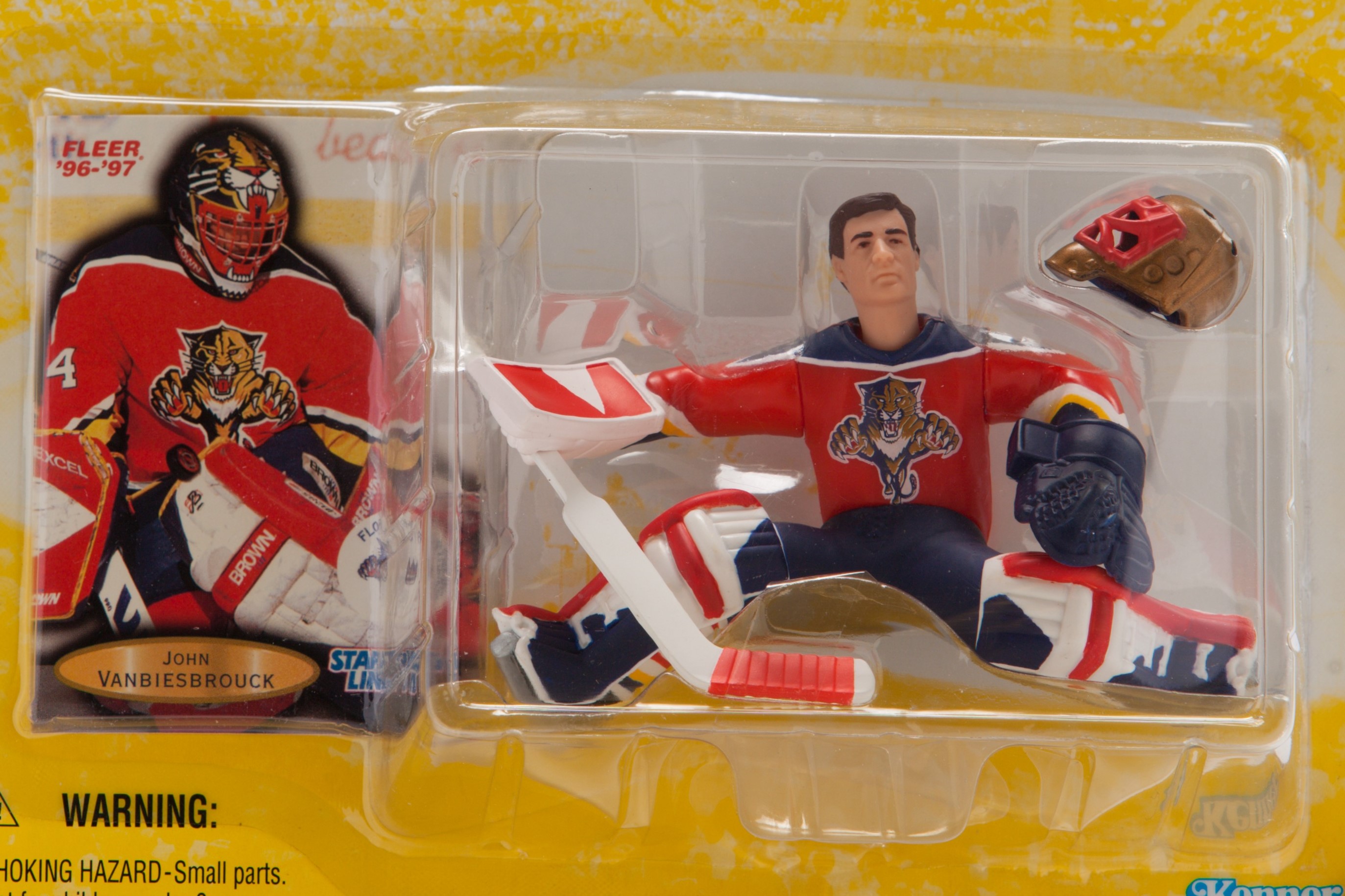 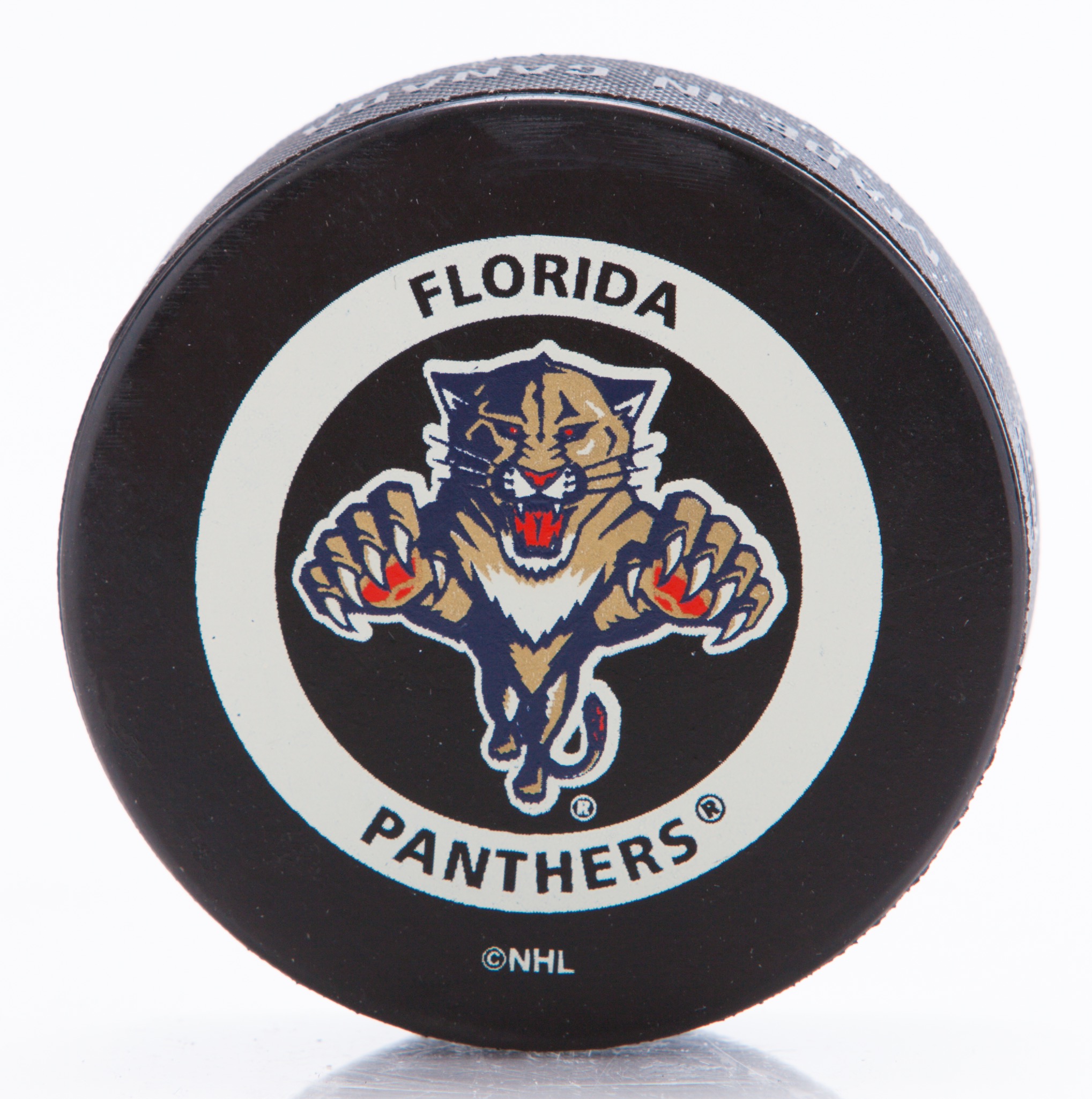 PUCK FROM MULLER’S 1st GOAL AS A PANTH ...
item 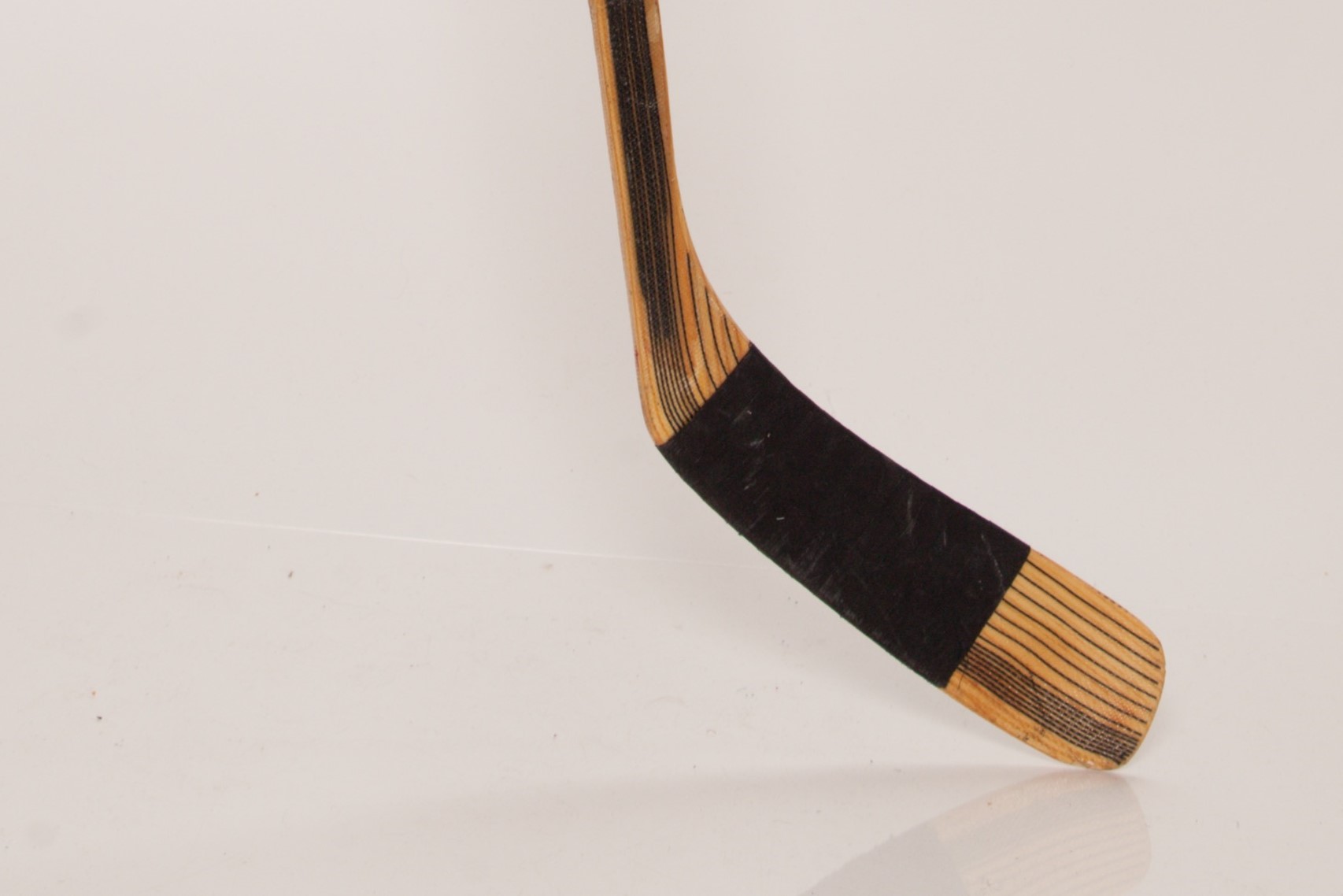