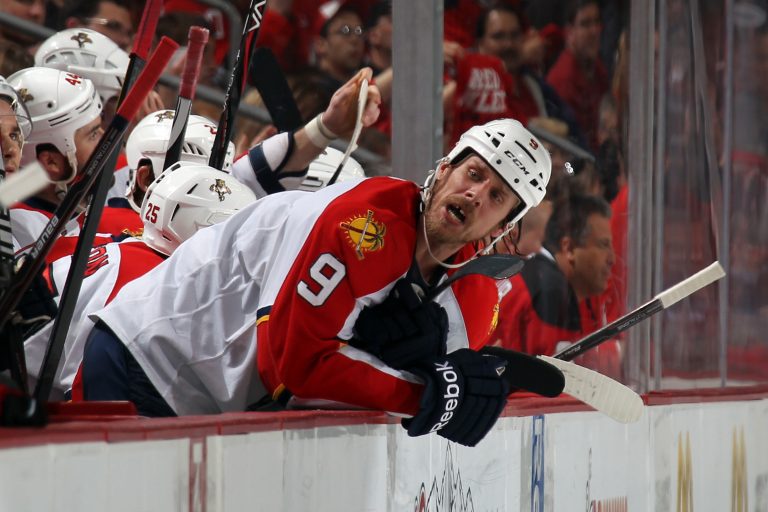 Stephen Weiss played 654 games in a Panthers uniform, more than anybody else in history. His dependability was a key reason he was named an alternate captain for the 2011-12 season. Weiss was acting like a leader in this shot, defending his team by yelling at the New Jersey Devils bench in the middle of a heated Game 6.