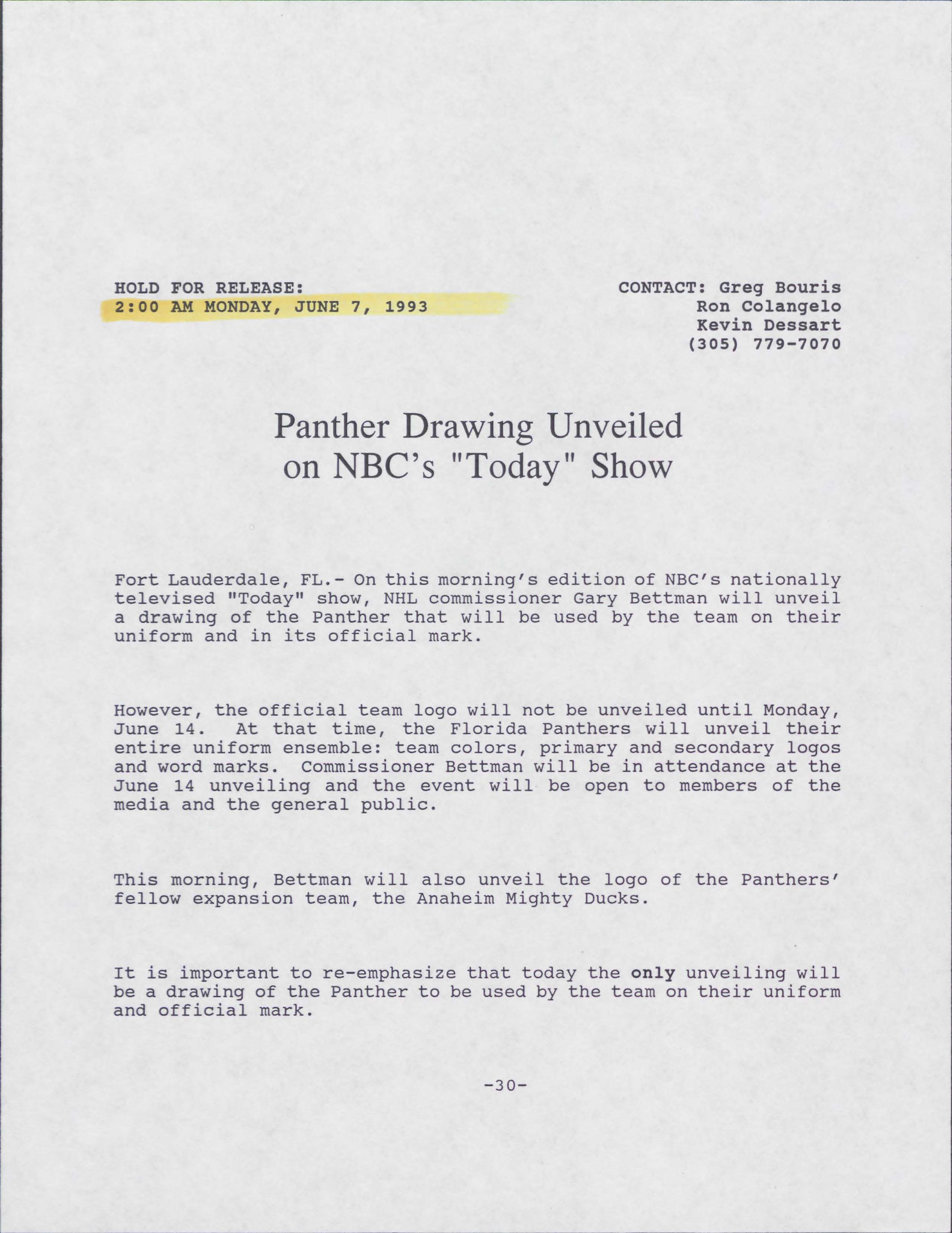 To build excitement for the NHL’s two newest teams, Commissioner Gary Bettman went on NBC’s Today Show to unveil drawings of the mascots for the Florida Panthers and the Mighty Ducks of Anaheim, who entered the league in the same season and are often called “cousins.” The full Panthers uniform and logo were formally unveiled a week later. 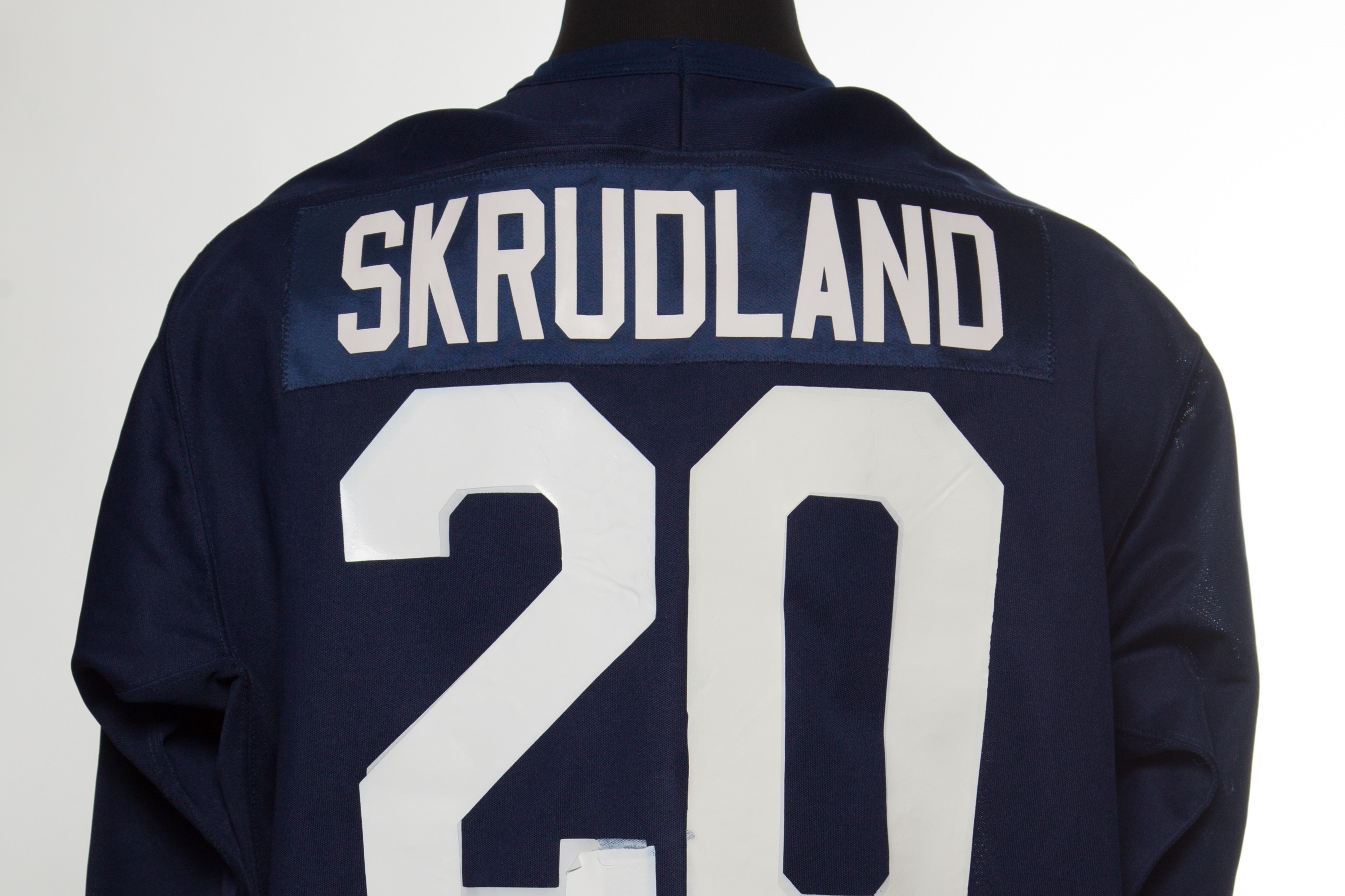 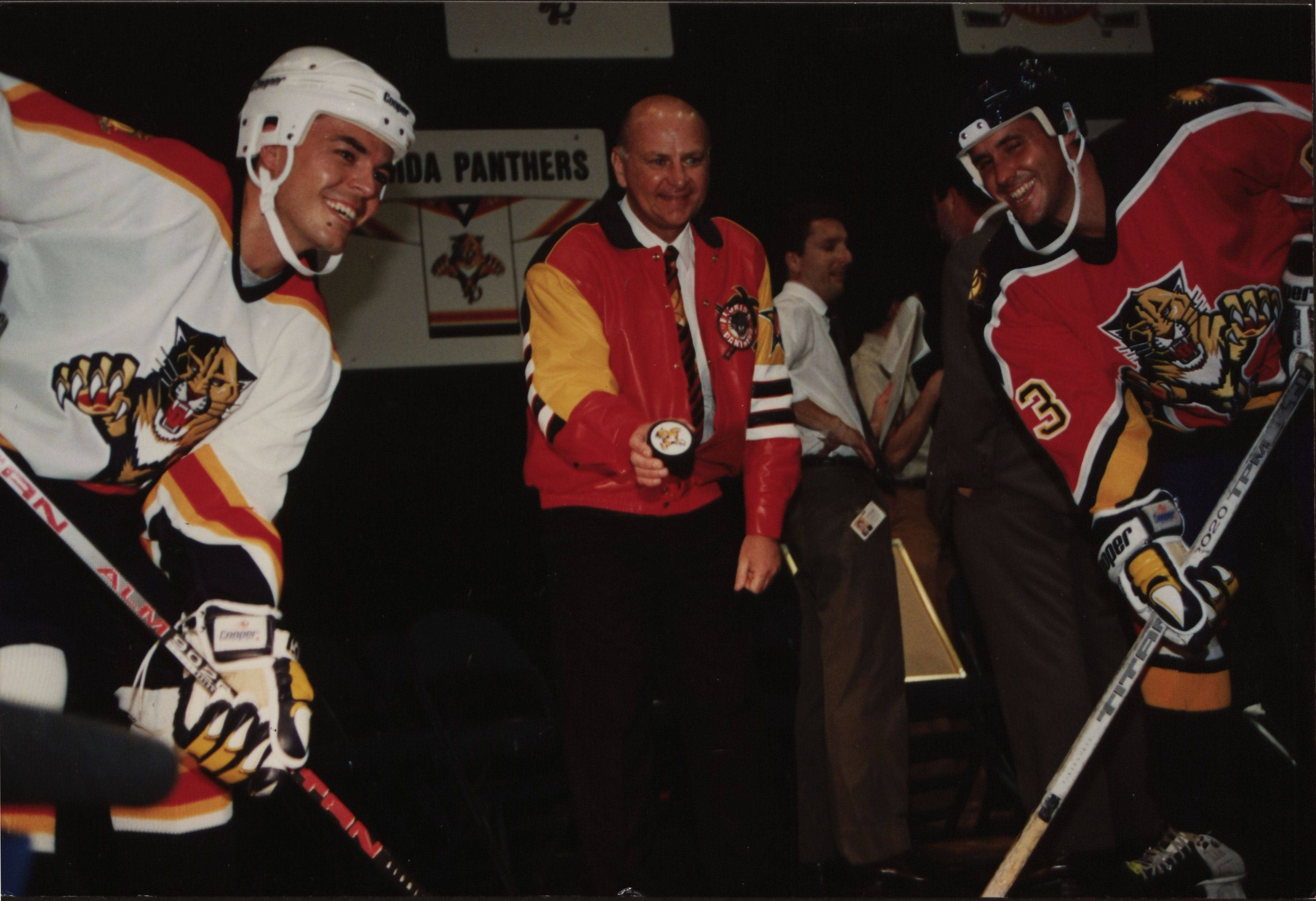 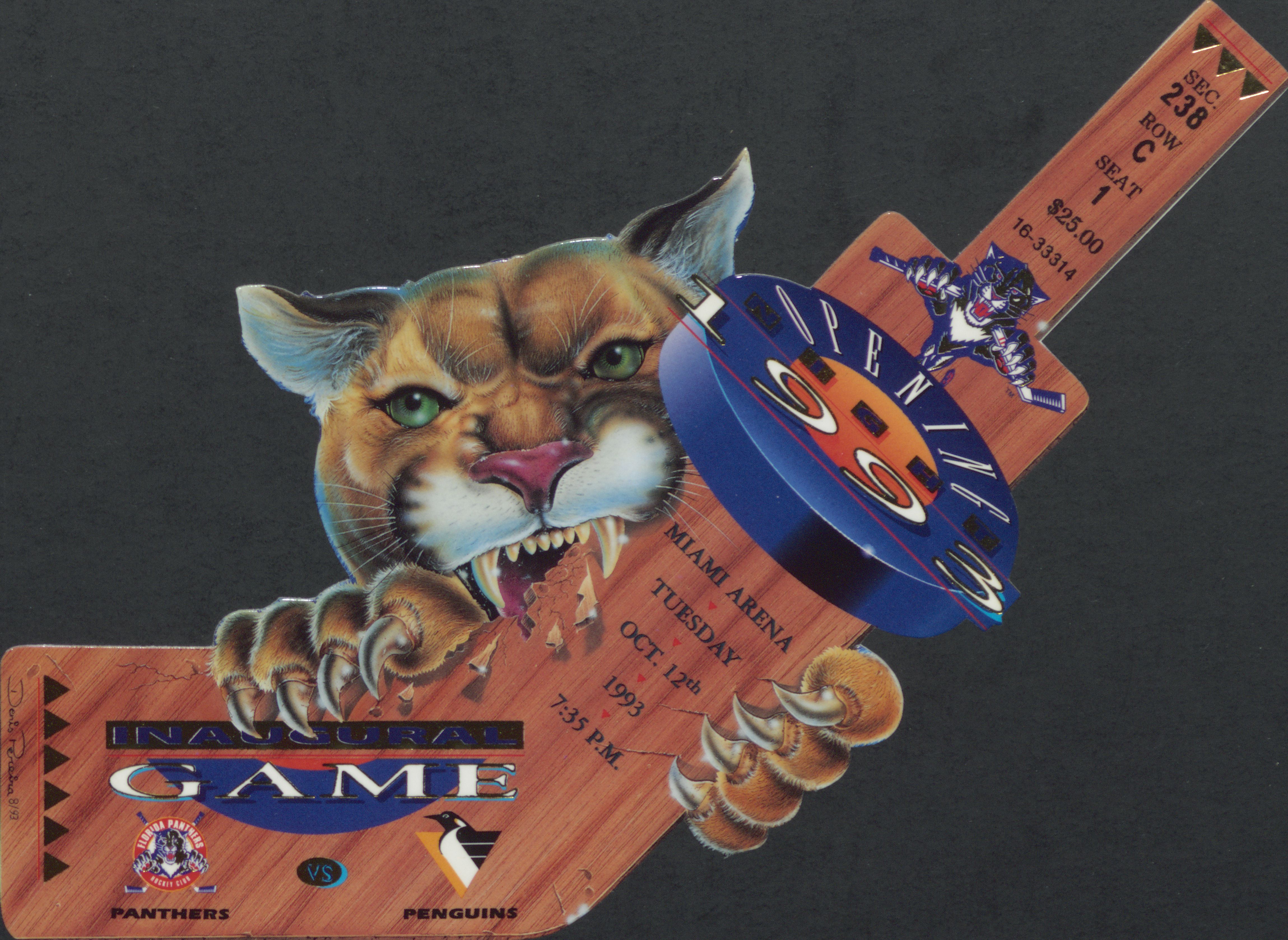