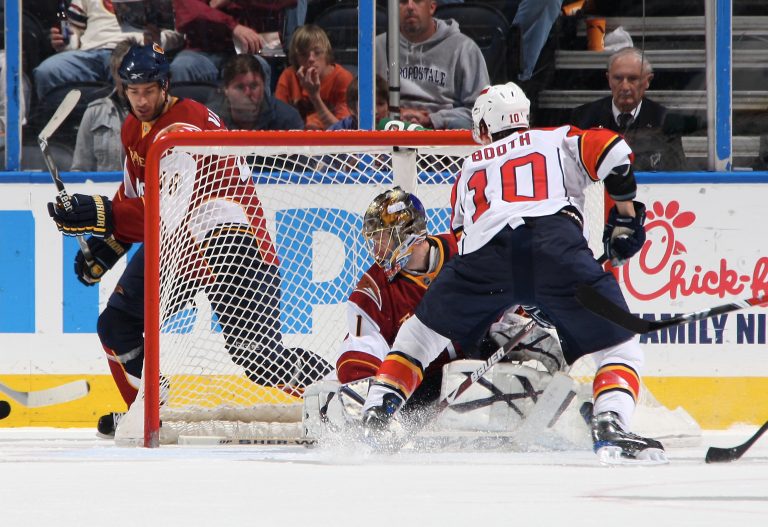 As Randy Moller’s lively playcall captures, David Booth took advantage of a rebound opportunity in a 3-2 victory over the Atlanta Thrashers on April 9, 2009. Booth had career highs in goals, assists and points during the 2008-2009 season. 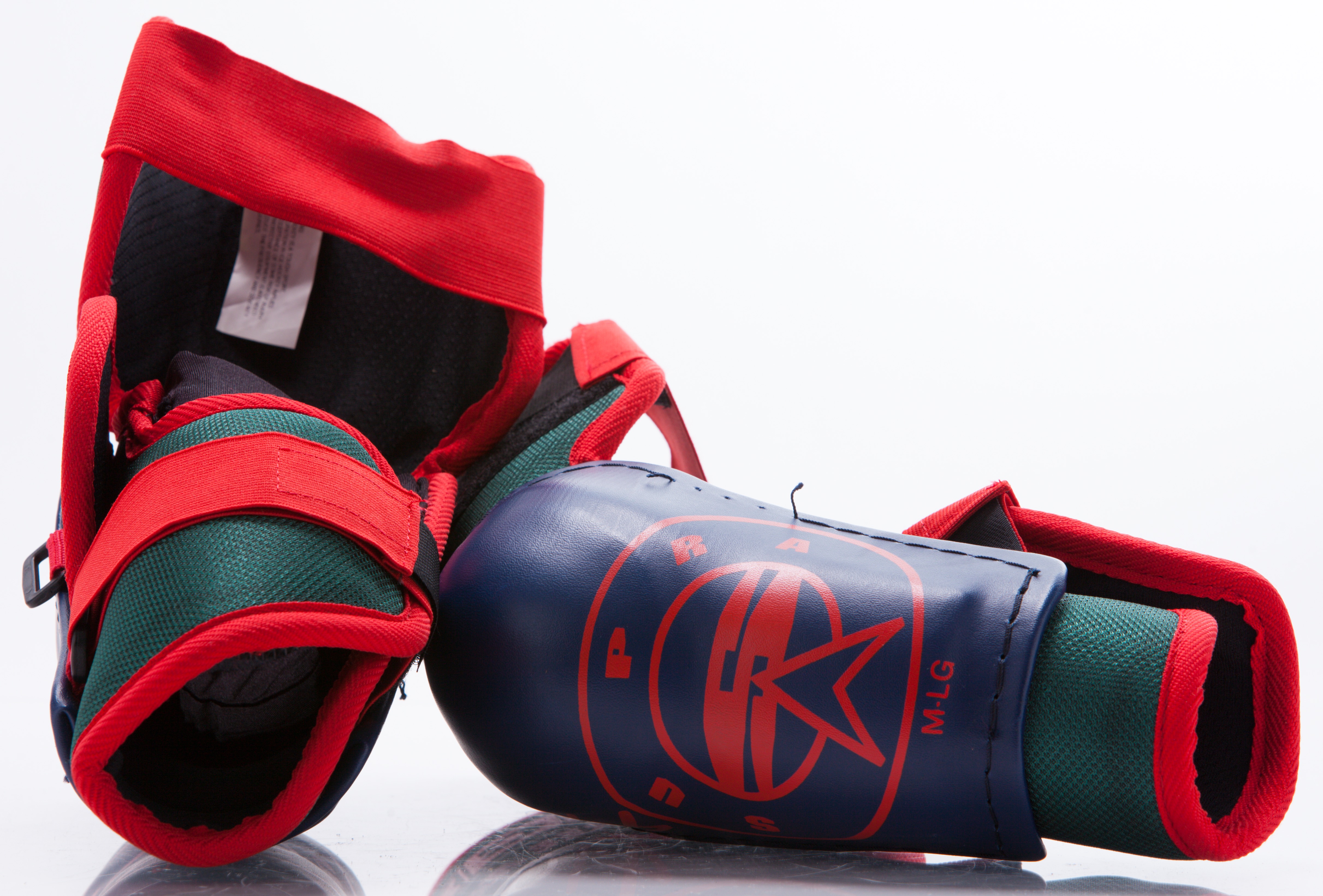 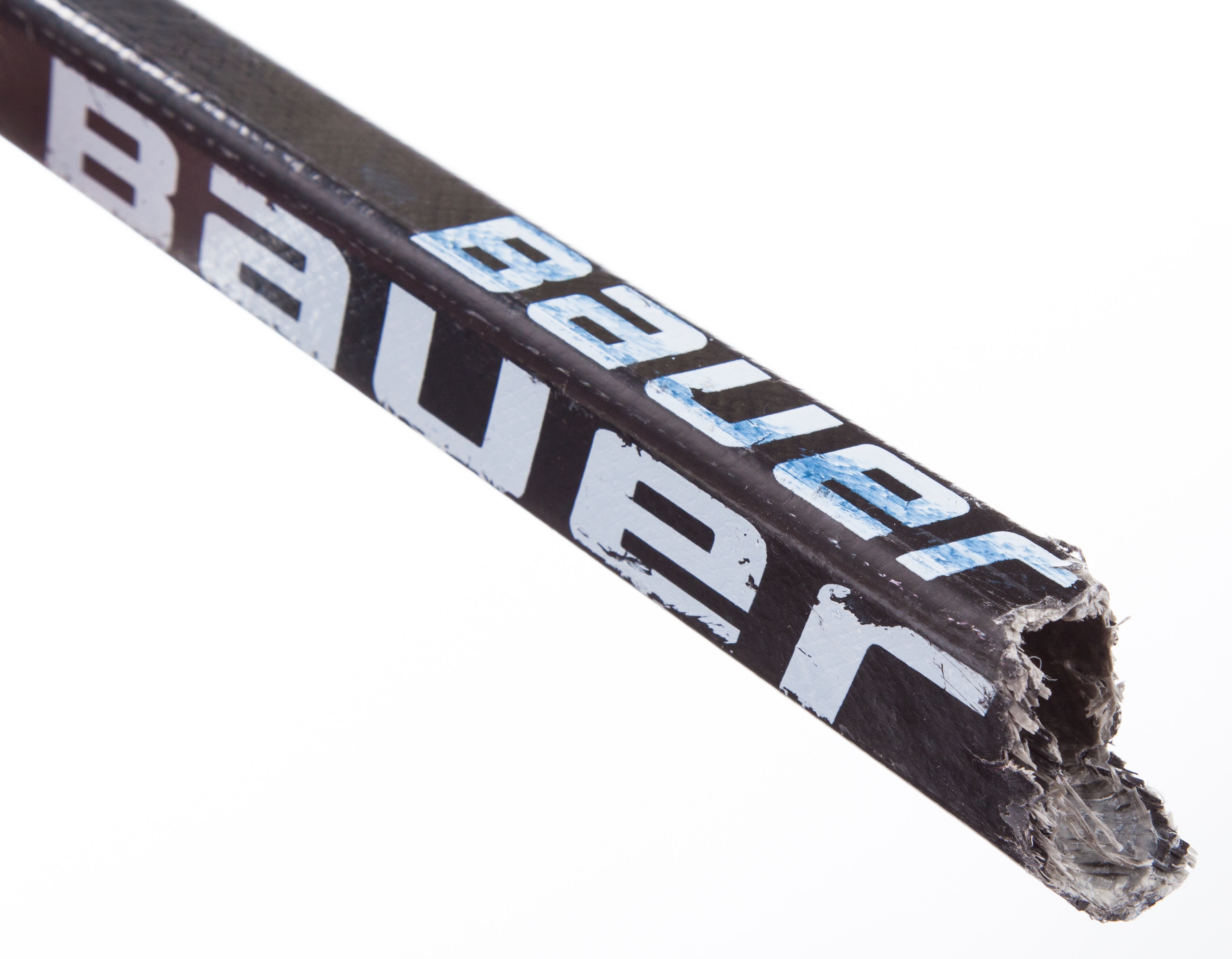 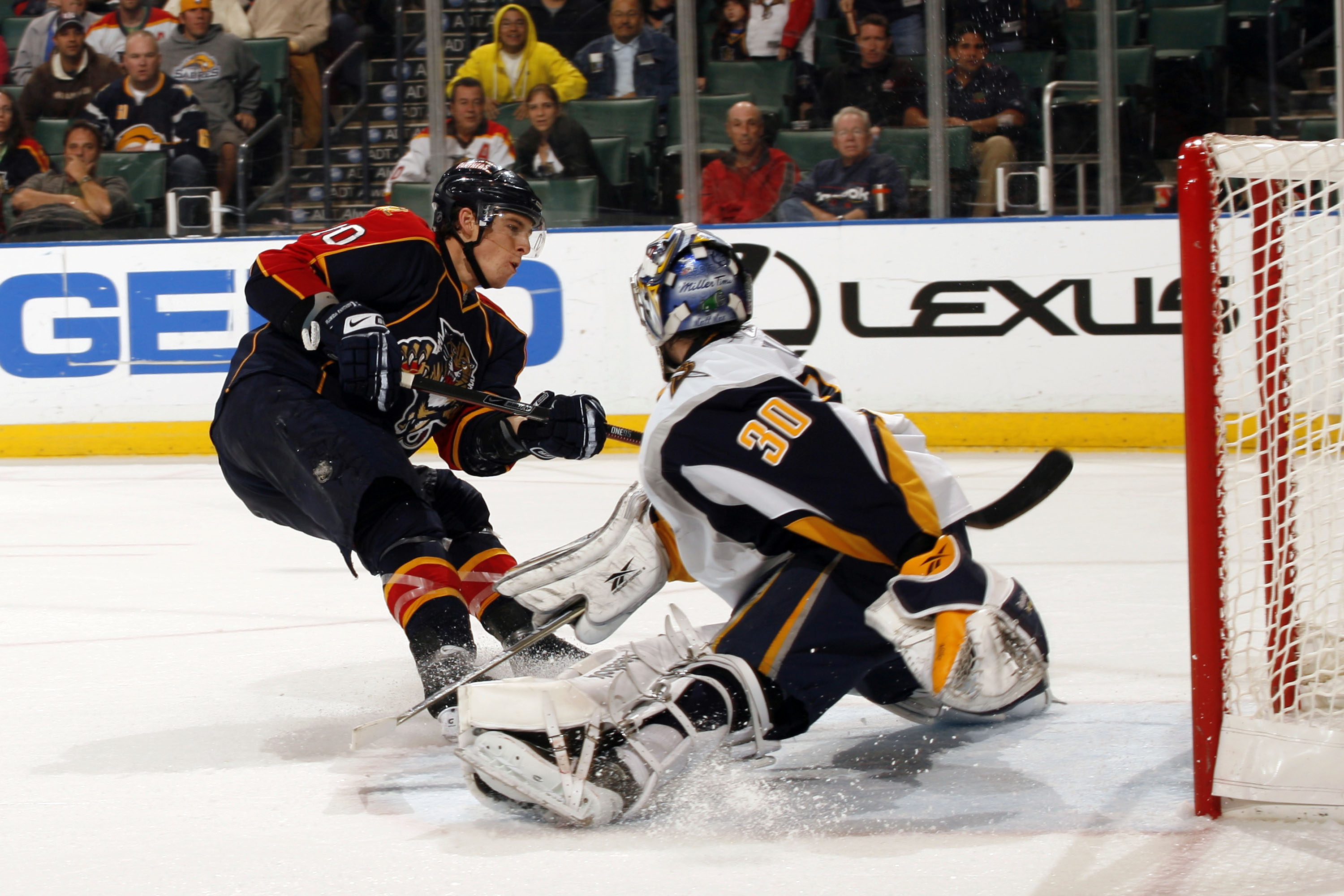