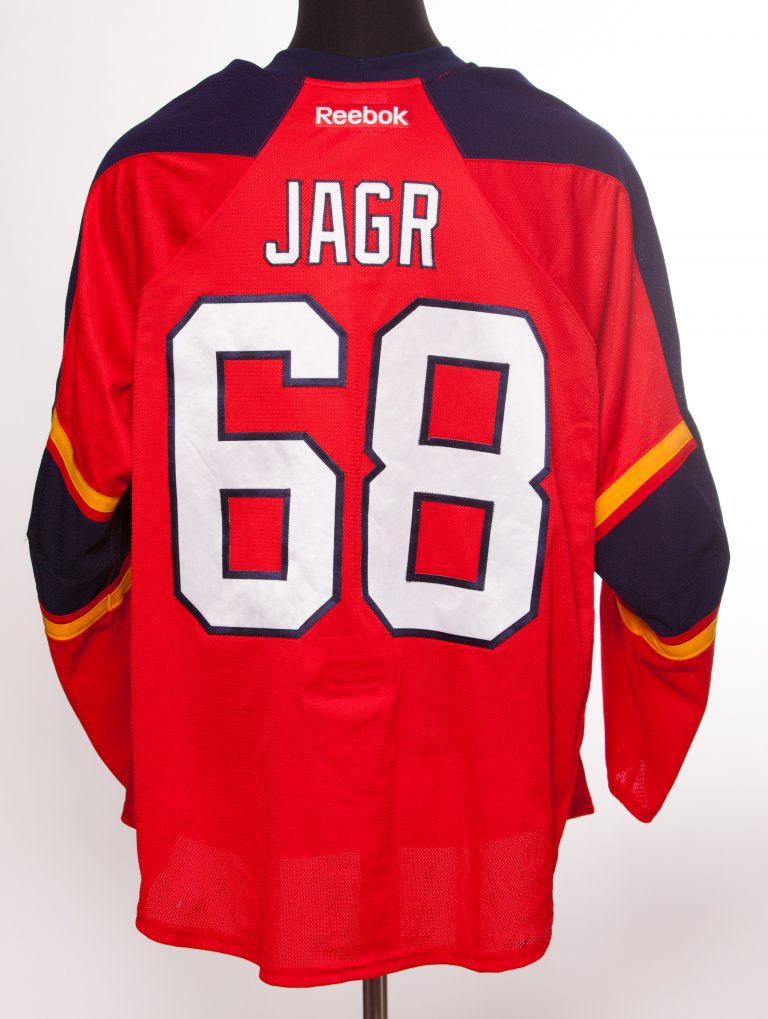 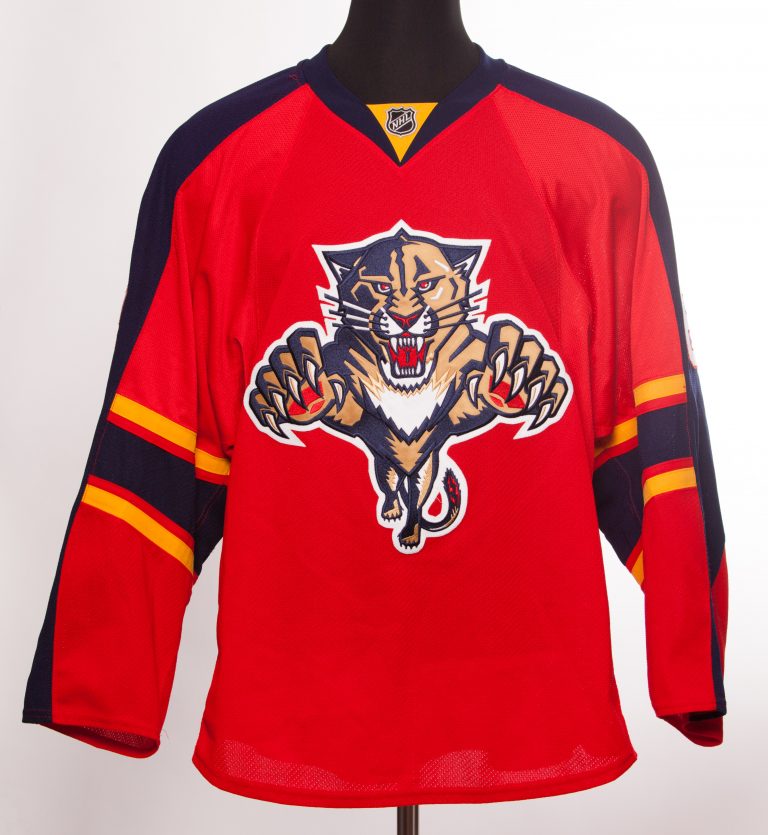 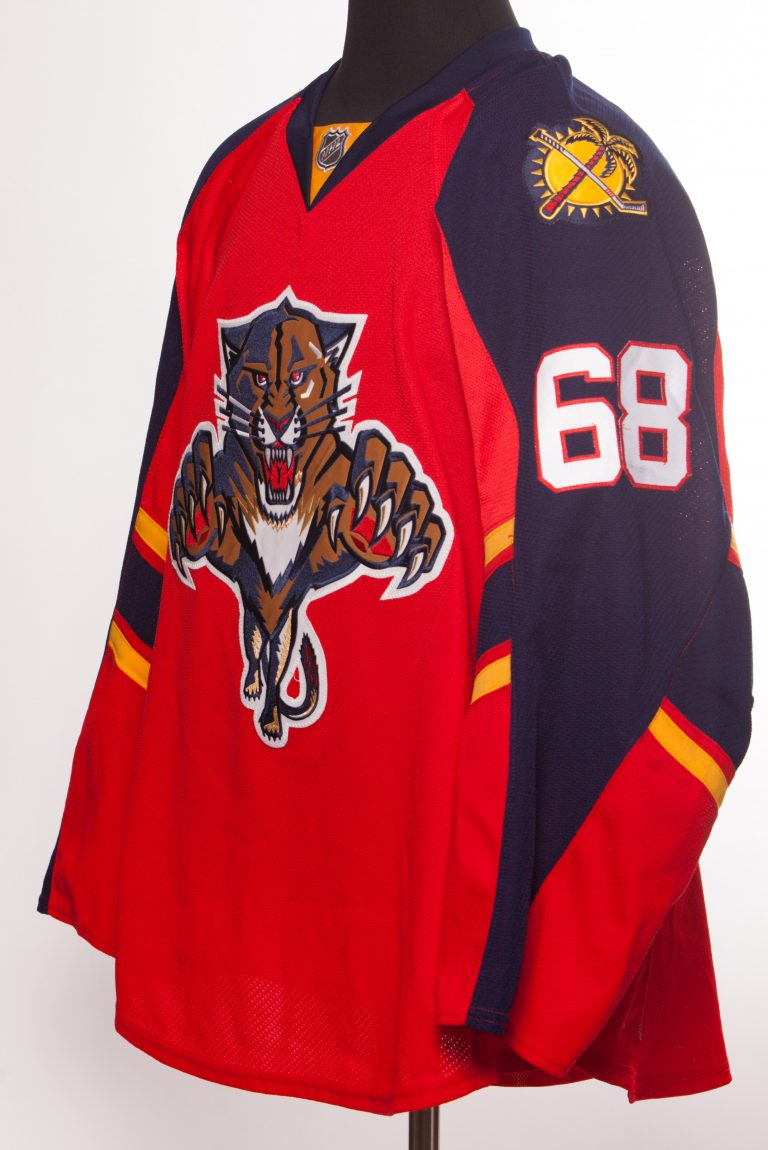 Jaromir Jagr had quite the portfolio before arriving in South Florida. He had 20 seasons of NHL experience when he arrived and quickly extended his talents to the Panthers. During his first full season with the Panthers, in which he likely wore this jersey in at least one game, Jagr played 79 games, earned 66 points and won the Bill Masterton Memorial Trophy for the NHL player who best exemplifies the qualities of perseverance, sportsmanship and dedication to ice hockey. 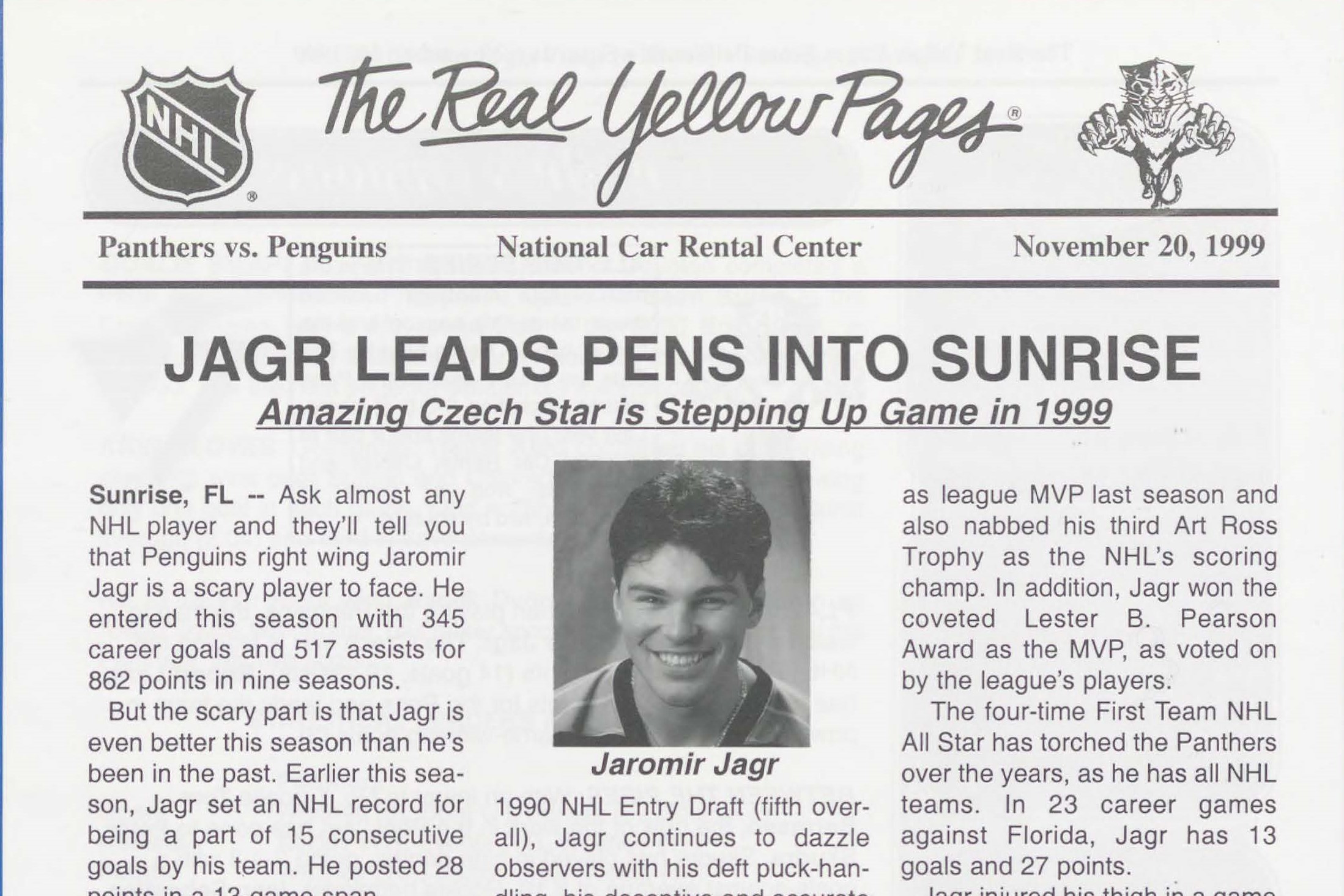 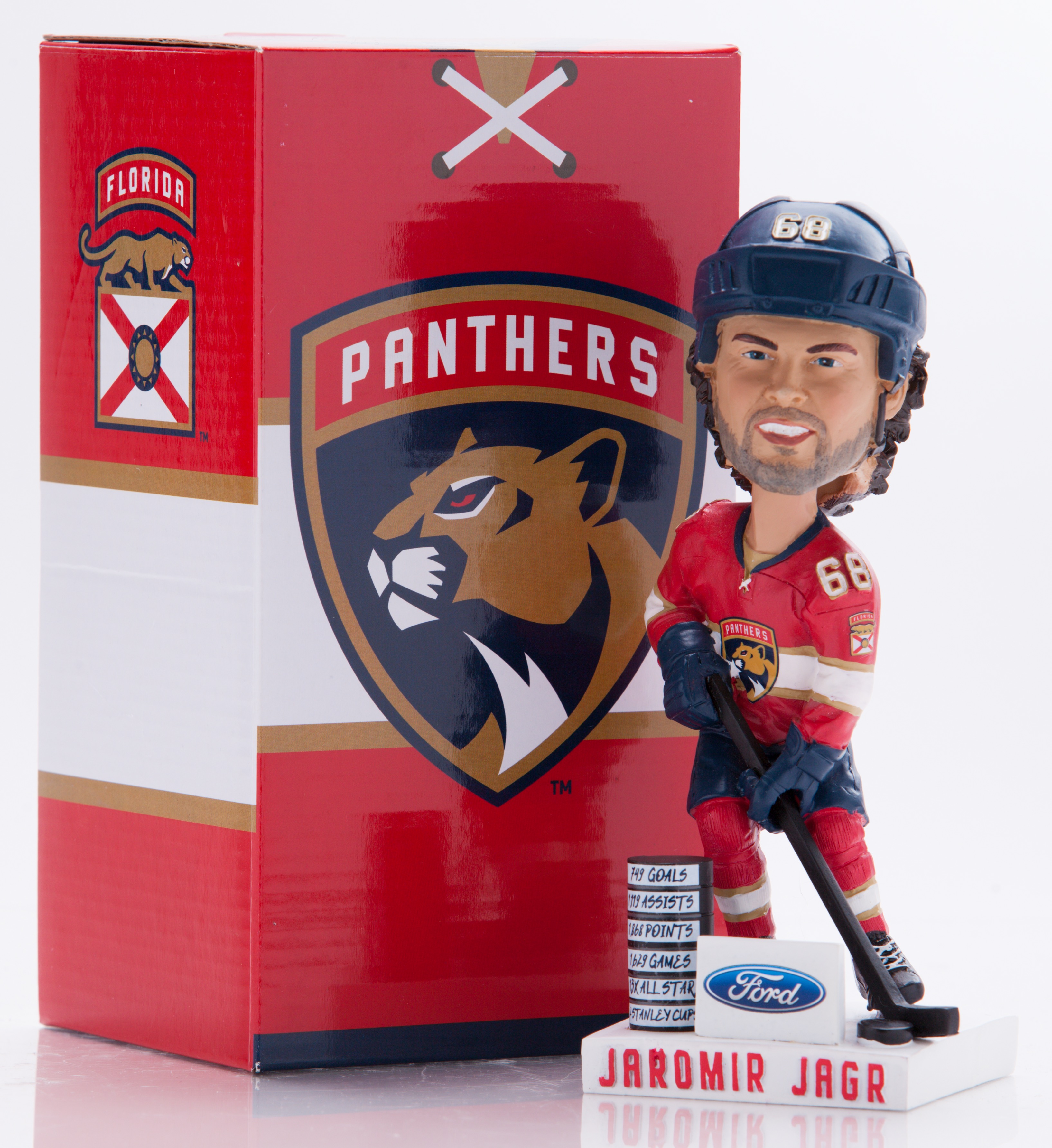 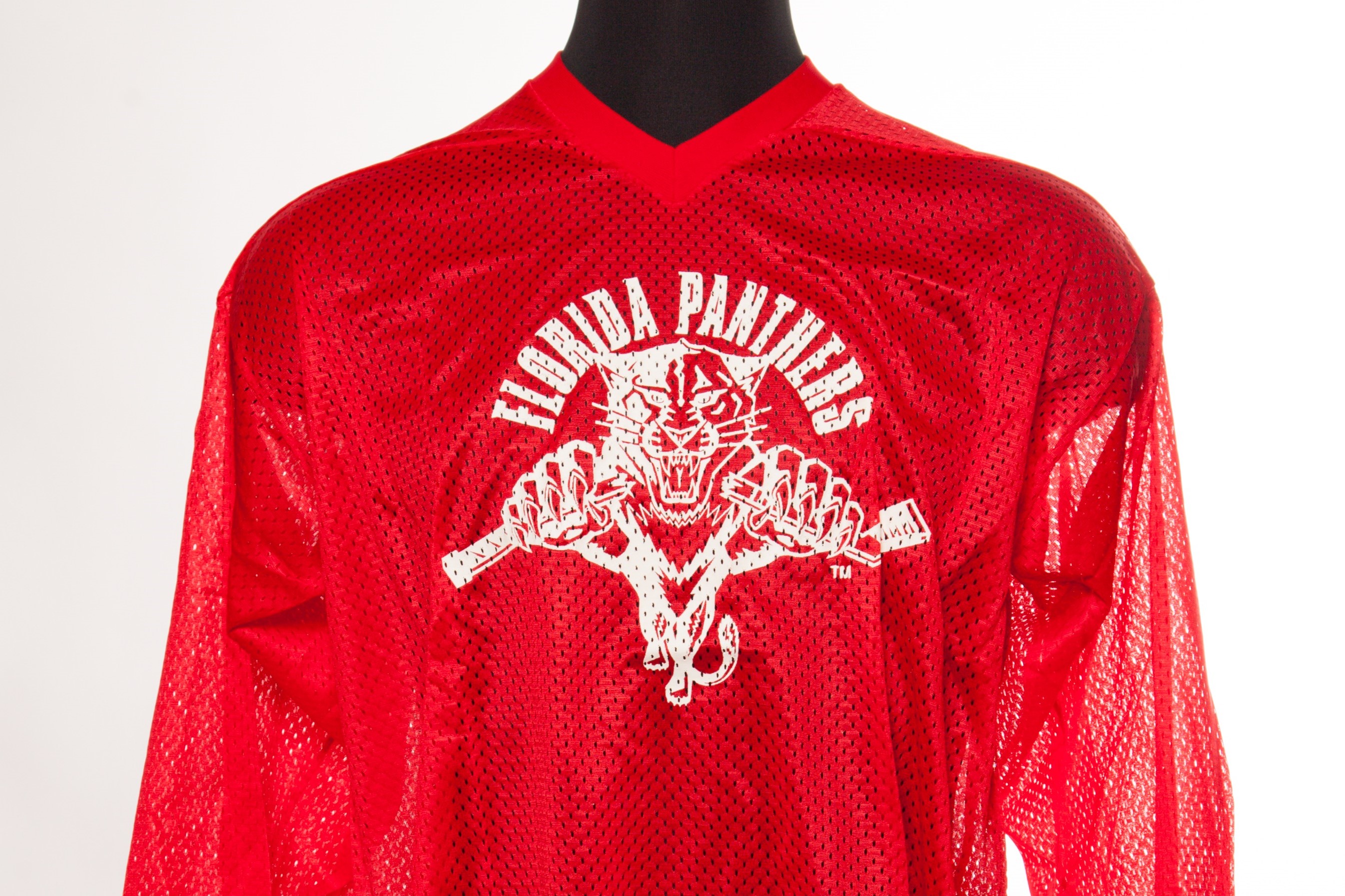