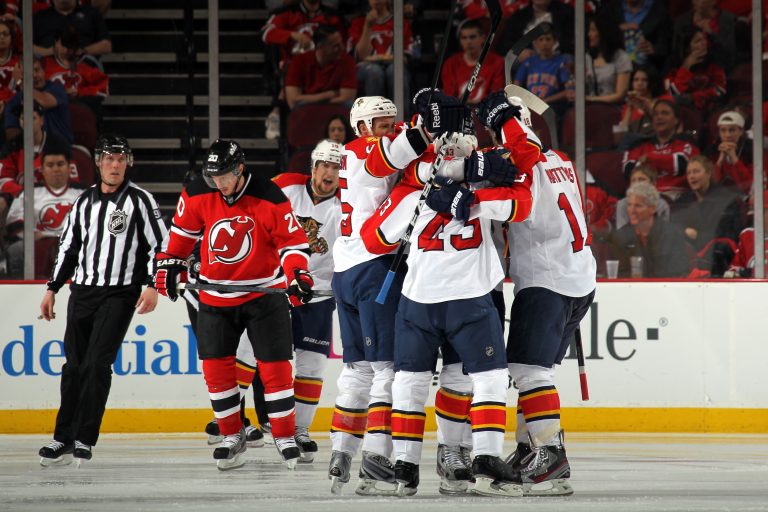 In Game 3 of the 2012 Eastern Conference Quarterfinals the Devils opened the scoring with three unanswered goals. But that didn’t discourage the Panthers who came back with four unanswered goals of their own, securing their second win of the series. This celebratory huddle came after Mike Weaver’s second period goal, which tied the game 3-3 and forced Devils coach Peter DeBoer to take his future Hall of Fame goalie, Martin Brodeur, out of the game. With just 22:18 on the ice the game was Brodeur’s shortest playoff performance of his career. 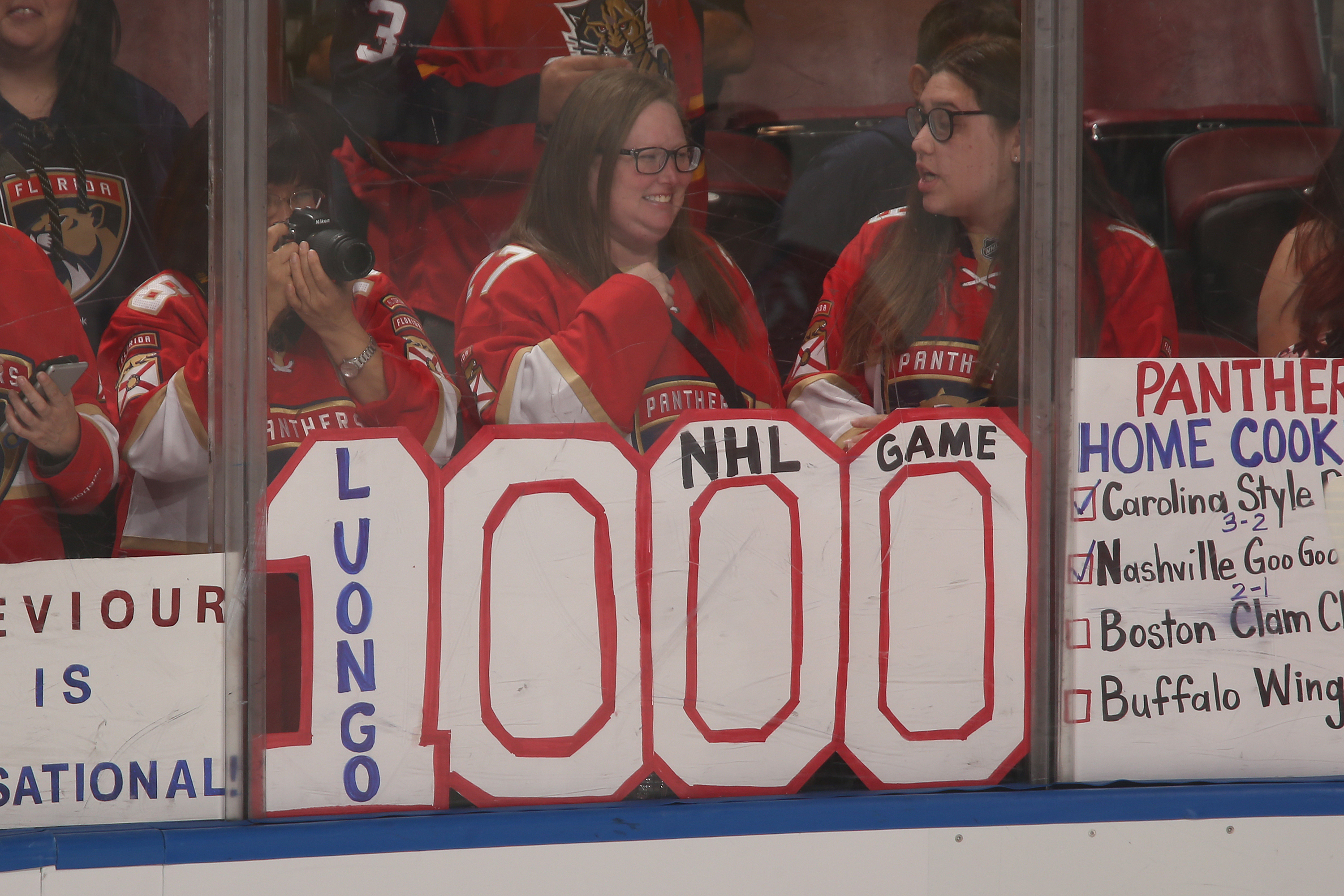 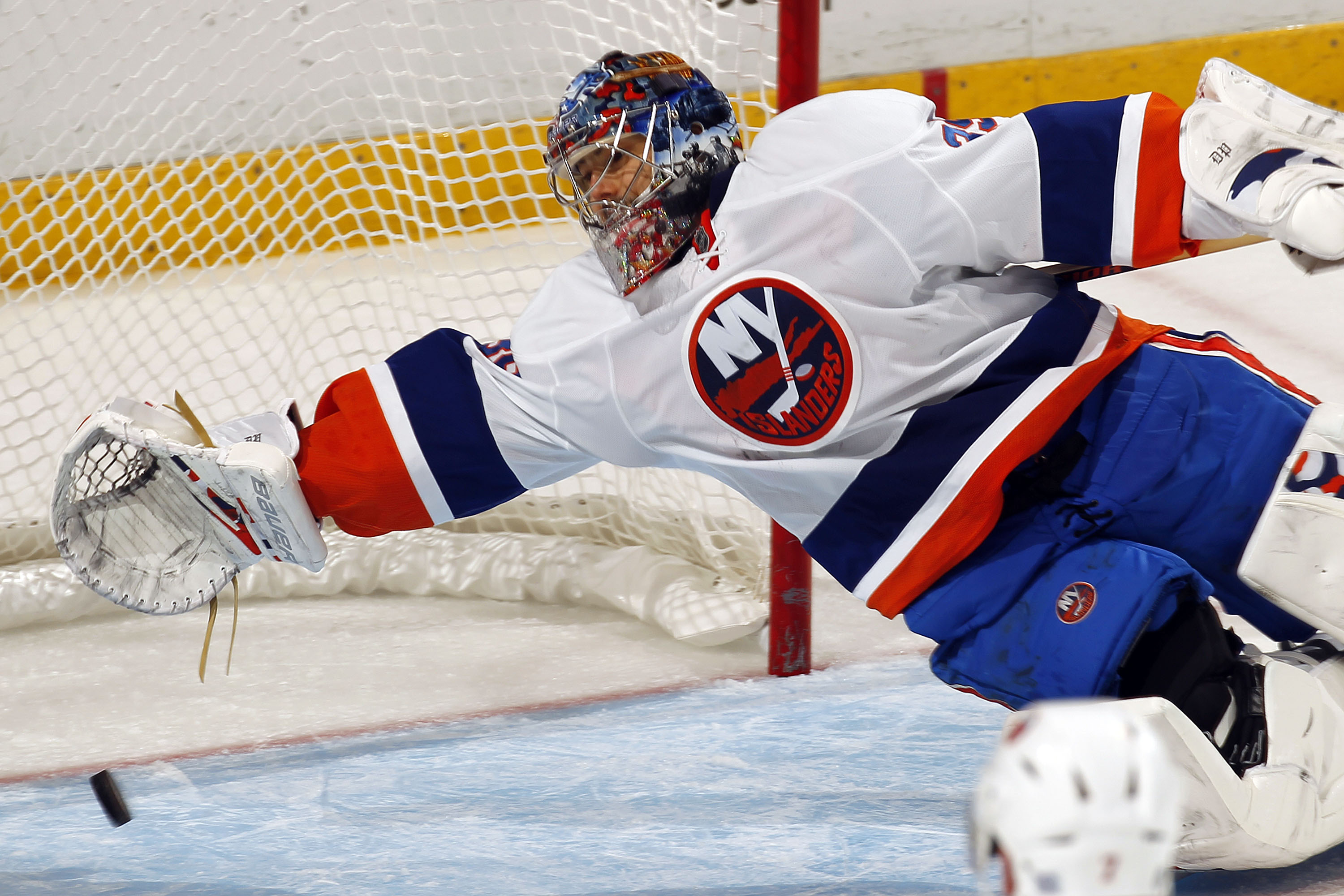