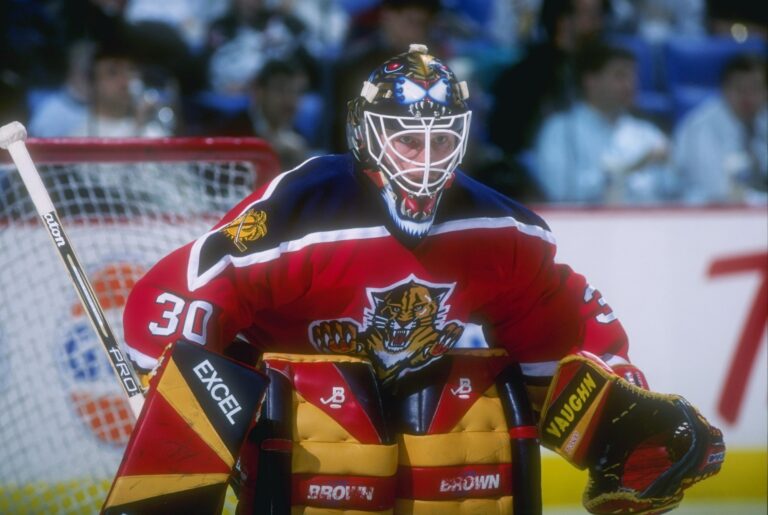 Mark Fitzpatrick joined the Panthers when the team was formed in 1993, presenting him with the chance to help set the tone for the team’s style. But for Fitzpatrick, his gear was about more than style. The superstitious netminder always removed his mask during the national anthem while playing home games, but would not remove it while on the road. He also stuck with a dark look for his mask and pads even though he feared that it made his net more visible. Fitzpatrick had always worn dark gear, he said, and “at this point I’m hesitant to throw myself a change-up.” 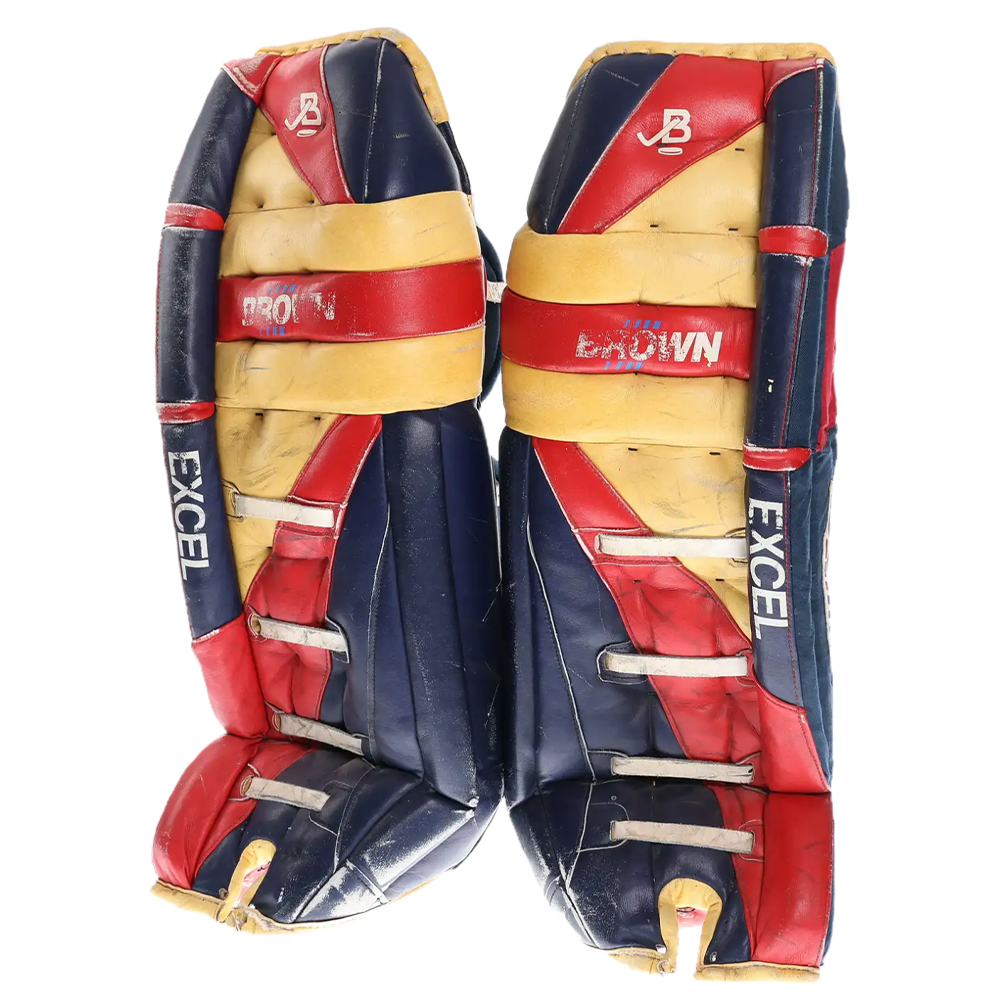 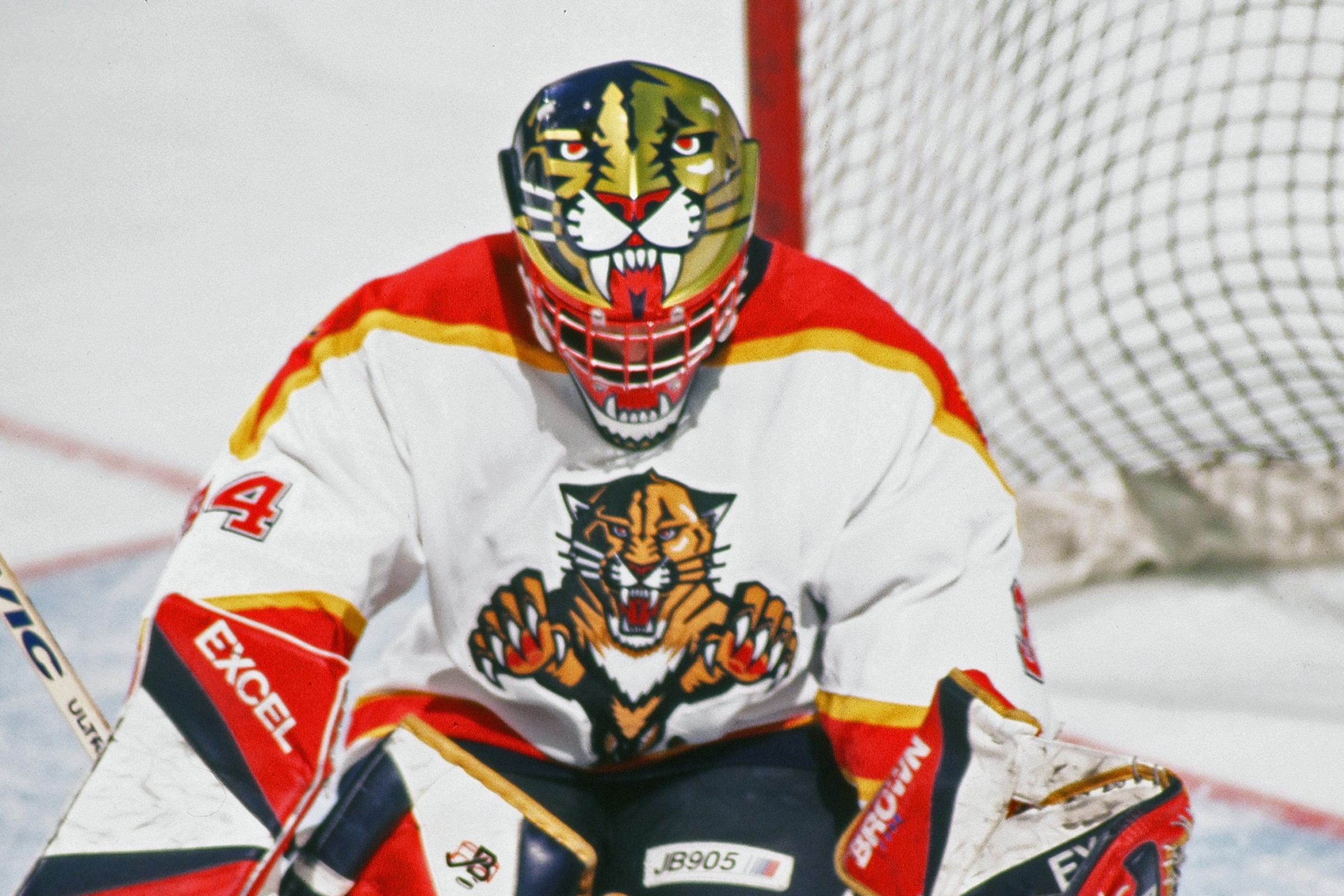 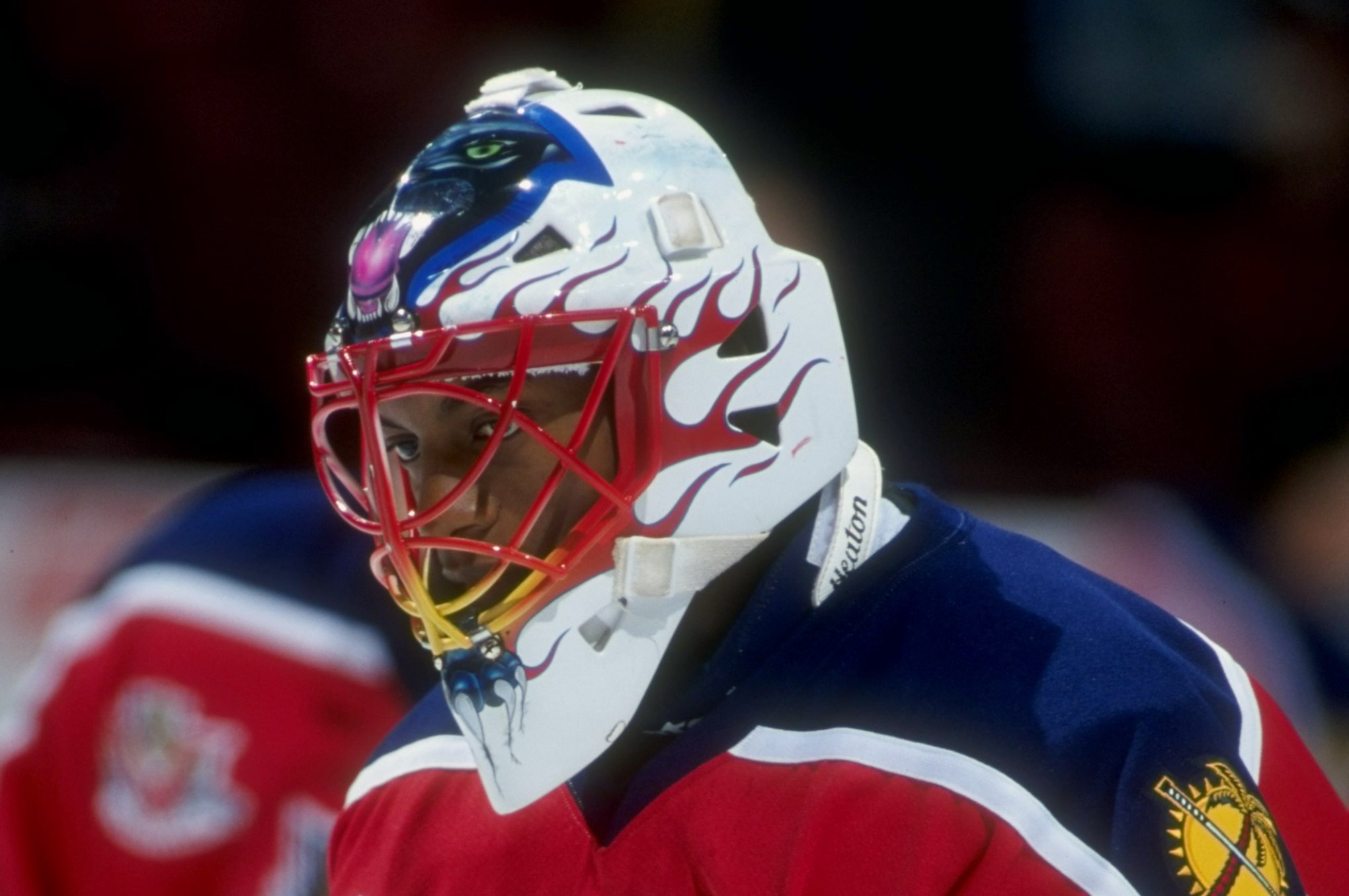