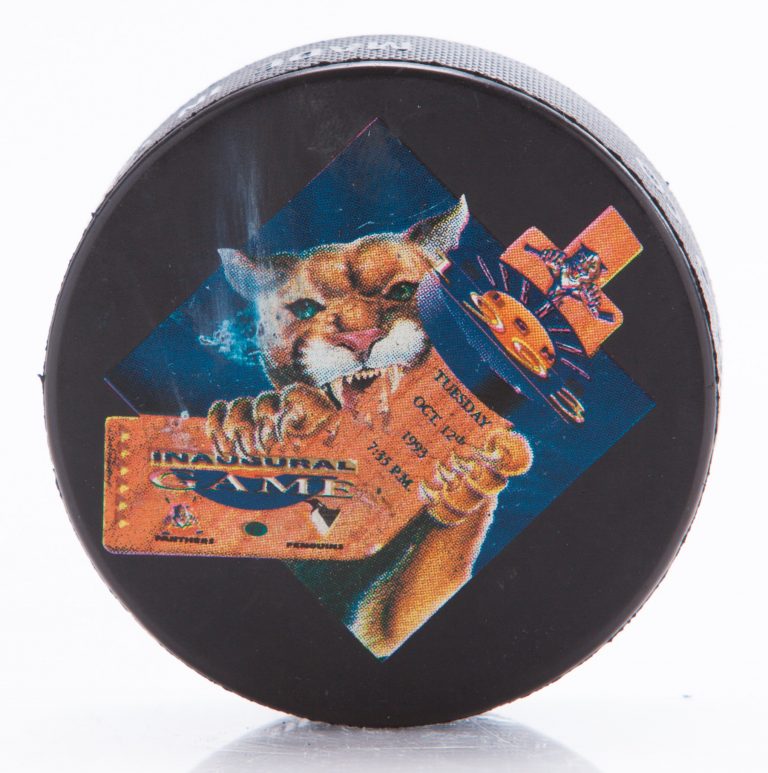 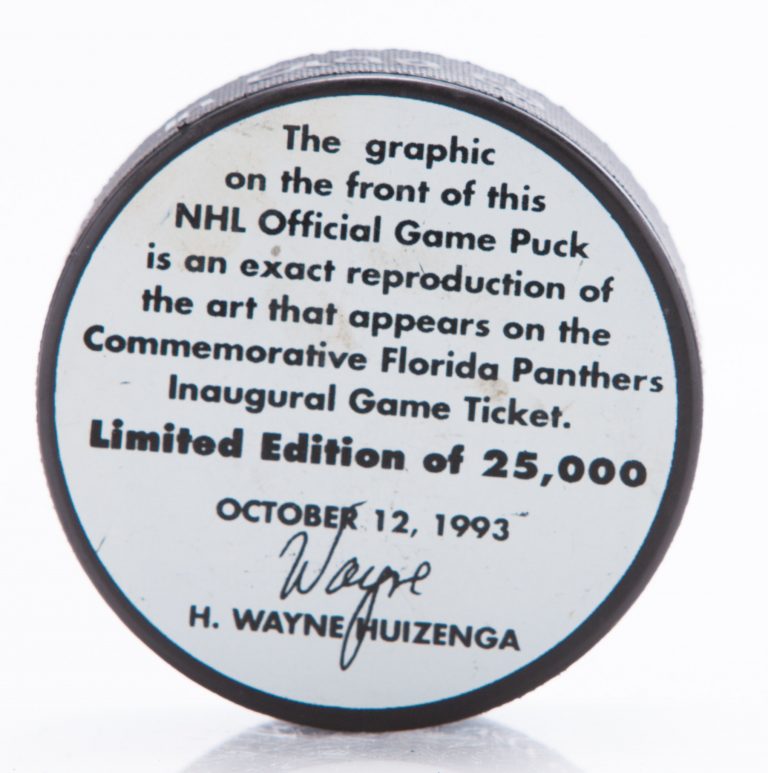 To commemorate the first-ever Panthers home game on October 12, 1993, the team gave 25,000 fans hockey pucks featuring a graphic reproduction of the Opening Night ticket. The Panthers would lose to the Pittsburgh Penguins, 2-1, but fans nearly brought the roof down when Scott Mellanby scored the first-ever Panthers goal at home, with an assist from Evgeny Davydov and Rob Niedermayer. After the game when asked about the franchise’s new fans, Mellanby remarked: “I thought the fans were well aware of the game. Obviously it’s going to be a learning process for a lot of people.”