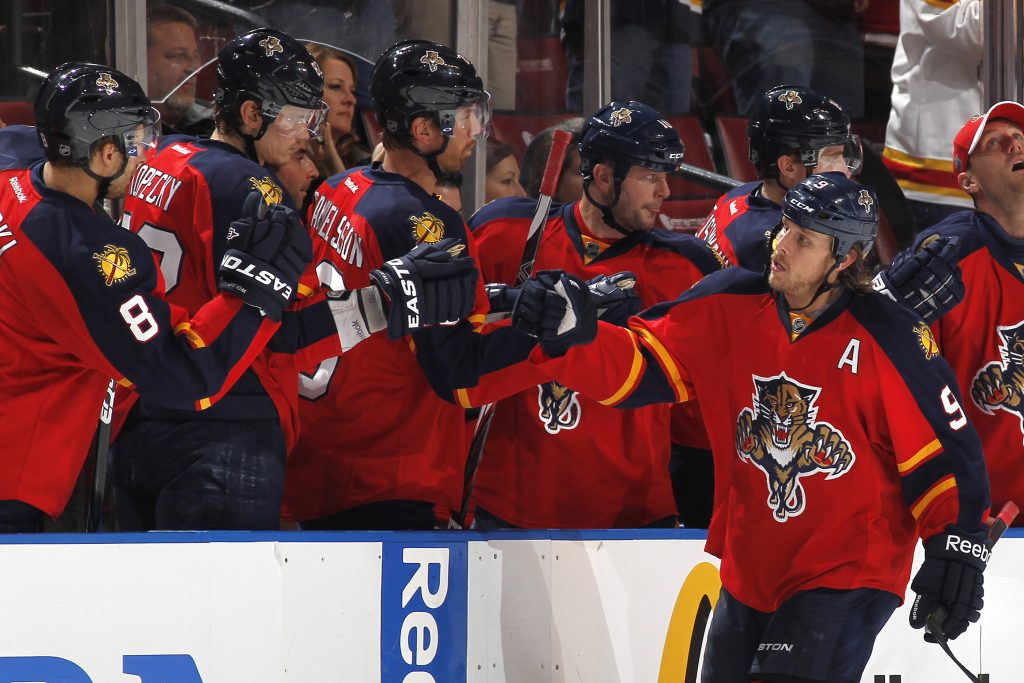 Stephen Weiss is third on the Panthers all-time list of power play goals scored with 48 (Scott Mellanby and Olli Jokinen are ranked 1 and 2 with 66 and 65, respectively). During Game 2 of the 2012 Eastern Conference Quarterfinals the center showed how he got so high on that list with two power play goals. The first came just 23 seconds into the game and the second just 1:12 into the second period. We’d say that’s worth a fist bump.